The Gurgaon-based hospitality firm, formed in early 2011, already has commitments for $30 million from Marriott International Inc., with which it has a joint venture for developing the US hotel operator’s Fairfield network in India, and another $25 million from GTI Capital Group.

“So total equity capital to Samhi and its subsidiaries is $130 million. We expect this to increase by the yearend," managing director and chief executive Ashish Jakhanwala said in an email. 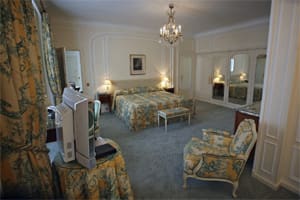 Analysts say the mid-market hotel space is a hotspot for hospitality companies in India. Of the 102,000 hotel rooms to come up in India in five years, 52-53% will be in the mid-market and budget categories, according to consultancy firm HVS Hospitality Services.

“With Equity International partnership, we now have access to one of the best real estate institutions globally, which has built several great companies and in emerging markets," Jakhanwala said. “Equity International brings a proven record of building leading companies worldwide and a strong reputation as an active and involved investor." The deal is EI’s maiden investment in India.

“Equity International is recognized for identifying and leading promising real estate businesses in the most attractive and dynamic emerging markets," Gary Garrabrant, EI’s CEO, said in a statement.

“Funds which typically have a five-seven-year cycle prefer these hotels because you can build them fast and, hence, cash flows are faster," he said. “By the time the fund is ready to exit, the hotel would have opened and stabilized operations."

Private equity funds have invested $227 million in India’s hospitality sector this year, excluding the Samhi-EI deal, according to VCCEdge, which tracks investments.

In 2010, an estimated $377 million of investments were made in this space.