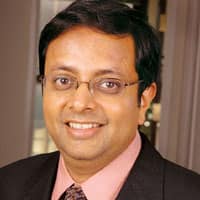 WNS has added 5,200 employees of Aviva Global across eight centres in India and Sri Lanka that were run by vendors such as WNS, 24/7 Customer Inc. and ExlServices Holdings Inc. under the build, operate and transfer (BOT) model

Following the deal, WNS, which started off as an off shoot of British Airways Plc., has revised its revenue forecast upward by 15% to $435 million for the year ending March 2009, up from previously estimated $378 million.

Neeraj Bhargava, chief executive officer of WNS, spoke with Mint by phone from Mumbai on the impact of the acquisition, current market conditions and the road ahead for the company. Edited excerpts:

What does this acquisition mean to WNS?

We have been focussing on insurance for the past five years, serving customers such as Aviva. The insurance-focused BPO asset that Aviva created offshore through a BOT model was by far the largest. The acquisition comes with a long-term $1 billion contract. In the current market environment, for companies like us to win a deal of that size allows us to position the firm as a leader in the global BPO market.

What challenges do you see in integrating the five delivery centres?

A portion of the asset that Aviva had created in India was already run by us. We have done a fairly good job of positioning this deal as a positive for the employees in that they are joining a company that’s seriously focussed on BPO.

Are you still open to deals structured on BOT model?

No. In general, I think at the time this happened, BOT deals were important for us and the industry, as many of us were building the business and lacked credibility in the early stages. Now, I think clients are not even seeking BOT deals as they have more confidence in the Indian BPO industry’s ability to absorb and handle large transactions.

Has your growth been driven by inorganic initiatives?

Our track record over the past five years shows that we have always grown faster than the market organically. I don’t think that trend is changing. We have done a good job of doing the right acquisition at the right time.

With high oil prices and inflationary pressures affecting aviation and travel, how do you see business from these sectors from where you earn at least a fourth of your revenues?

Last quarter, we were ahead of target. We still see steady business in the current quarter.

However, given all the changes happening in the marketplace, we believe the sector will have some challenges. In our guidance, we have factored that some of our customers may cut volumes. Nevertheless, that business is still going to grow.

Any update on First Magnus (a US mortgage lender affected by the subprime crisis)? When do you think things will return to normal in the BFSI (banking, financial services and insurance) sector?

Mortgage is less than 1% of our business now. However, we do expect banking and mortgage to look up again next year as the dust settles. I think the intent to offshore is only going to grow.

What traction do you see in terms of new customer additions?

We see lot of opportunities in new verticals, like utilities, logistics, consumer products and media—the old economy sectors that traditionally were not-offshoring much in the BPO area.