I want young blood in this industry body

I want young blood in this industry body

New Delhi: As the newly appointed president of the Federation of Indian Chambers of Commerce and Industry (Ficci), Rajan Bharti Mittal, the vice-chairman and managing director of Bharti Enterprises Ltd, plans to bring young blood into the industry body and hopes to work with the states to attract foreign investment. Edited excerpts:

You talked about pushing reforms when you took charge last fortnight. Can you elaborate? 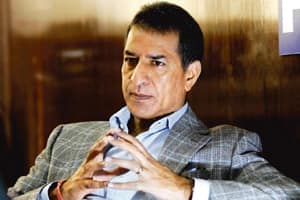 Opening up: Rajan Bharti Mittal says an agency engaged by Ficci will come up with a policy paper on how the organization should work. Pradeep Gaur/Mint

We will hold a chief ministers’ conference and tell them what we believe as an industry chamber on why their states do or do not get traction (investment). Then there are reforms in education. If we open up insurance, services and, hopefully, retail, there would be employment generation for which we need literates.

Is there a framework on working with the government on reforms?

We are very deeply engaged on GST. We also want to make India the destination for foreign direct investment (FDI). This year, India will close at around $30 billion (Rs1.37 trillion today) in foreign investment.

In 2015, we want to get $75 billion. For that we have created Invest India, a joint venture—a public-private partnership—with the states. It has an equity of Rs10 crore and Ficci owns 51% while all the states get half a percent of equity each. This will work very closely with the government...

Is it a lobby group?

We will not lobby for anybody, we will be a facilitator. Embassies have been spoken to. Wherever I travel, I will speak about it...

Do you plan to reposition Ficci?

One big-ticket internal reform is that I want the advent of youth in this body. That’s something which is missing. The young think that Ficci is not for them.

Is it because of its old fuddy-duddy kind of image?

...It may have been seen as fuddy-duddy, but in the last few years that has changed with people such as Rajeev Chandrasekhar and Harsh Mariwala. We are creating a youth forum to be headed by a young and successful industrial entrepreneur. You will see action—in the way we shape our executive meetings...

And you have engaged a consultant to help you.

Yes. It is always good to get a mind from outside. We have engaged an agency to come and talk about how the world chambers work. It is still work-in-progress. It will come up with a policy paper on how the organization should work...

What, in your view, are the policy changes required in retail?

Would you suggest 100% in single brand retail?

Why not? Where is the competition? Lots of companies have come and gone back because they want 100%.

The issue must be seen differently. It is believed that FDI in retail will hurt the mom-and-pop stores. But there is no conflict between the two. Mom-and-pop stores are about 500 sq. ft. They keep no more than 500-700 SKUs (stock-keeping units, or types of products) and employ one person.

If major Indian corporate houses are allowed in retailing, today, they should be hurting the same guy. The colour of money should not affect in that sense. We feel that FDI in retail will bring knowledge, create manufacturing bases and generate employment. Nobody will get displaced. Despite the Levis and Wranglers, 80% of the jeans market is with Indian local manufacturers.

But the government keeps postponing the retail FDI issue.

I think the mood is changing. PM (Prime Minister Manmohan Singh) spoke about retailing in CMs’ (chief ministers’) conference. Any idea whose time has come, can’t be stopped....