The govt note hinted that the fragile financial health of IL&FS had its origins in the previous Congress-led UPA era.

Mumbai/New Delhi: The Union government Monday ordered an investigation by the Serious Fraud Investigation Office (SFIO) into Infrastructure Leasing & Financial Services (IL&FS) and its subsidiaries, as serial debt defaults by the infrastructure lender damaged confidence and send shockwaves through the financial system.

On the same day, the National Company Law Tribunal (NCLT) approved a government proposal to supercede the company’s board.

Replacing the board with a state-selected one prevents the earlier management from interfering in the investigation. The new management will craft a turnaround plan, for which the government has committed support including financial assistance. 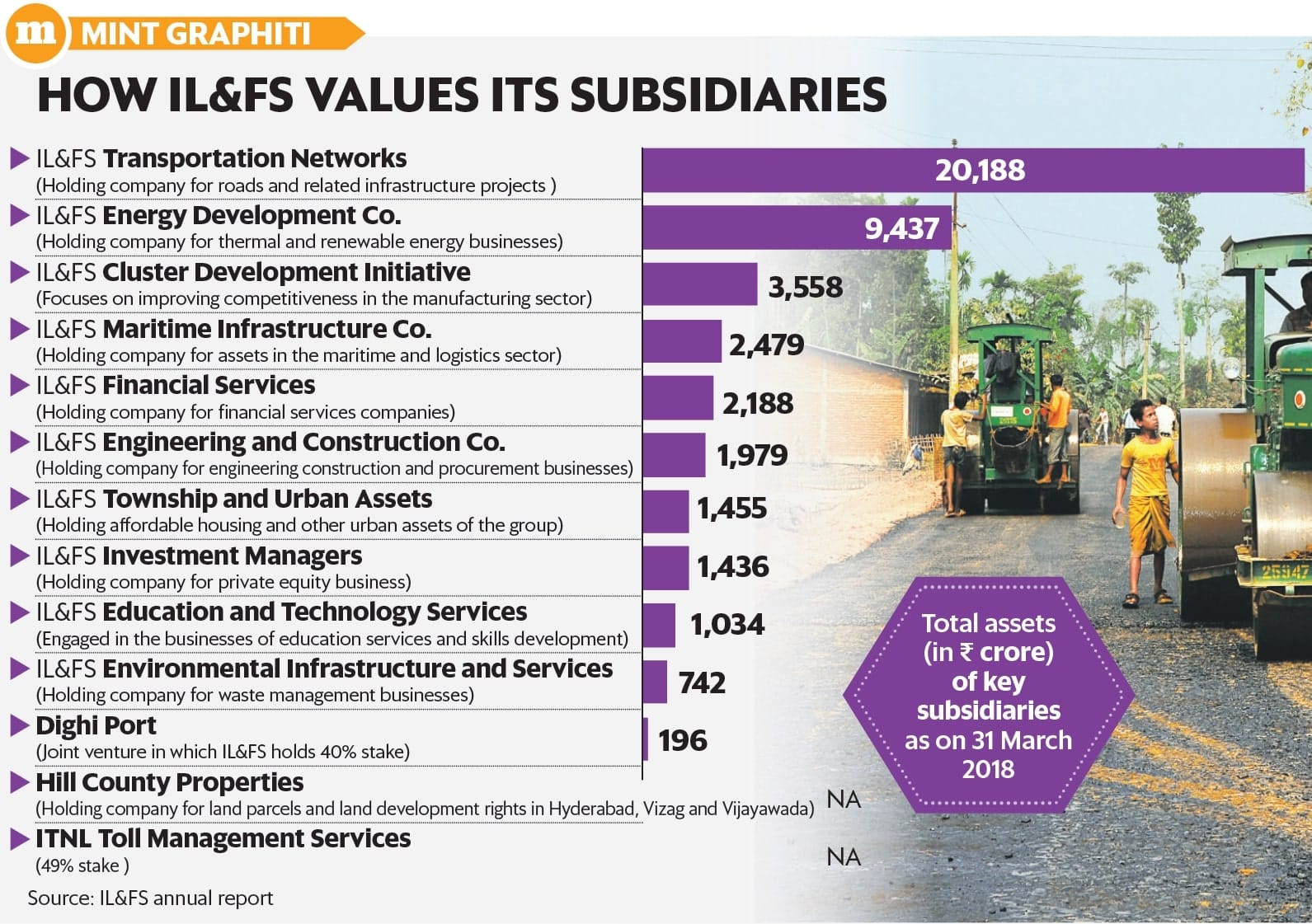 A similar strategy was followed in the case of scandal-plagued Satyam Computer Services Ltd in 2009 when the government replaced its board of directors and SFIO investigated the affairs of the company. A state-selected management restores confidence in a crisis-hit company and reassures its business partners.

An official statement said the government has noted corporate deficiencies, misrepresentation of the lender’s financial fragility and loss of credibility by its former management. A report from the corporate affairs ministry’s Mumbai regional director has “clearly brought out serious corporate related deficiencies in the IL&FS holding company and its subsidiaries," said the statement. It also said the consolidated financial statement of IL&FS holding company and its arms and joint ventures “projected a picture through highly exaggerated depiction of non-current assets in the form of intangible assets amounting to over ₹ 20,000 crore," said the statement.

“There have also been serious complaints on some of the companies for which an SFIO investigation has been ordered into the affairs of IL&FS and its subsidiaries," said the statement.

The group’s executive pay too has come under lens.

“That the company continued to pay dividends and huge managerial pay-outs regardless of the looming liquidity crisis shows that the management had lost total credibility," the government said.

The government statement also hinted that the fragile financial health of the lender had its origins in the previous Congress party led United Progressive Alliance (UPA) era. “Substantial leveraging of IL&FS Group and deterioration in its financial health started many years ago on account of stalled projects in infrastructure sector largely owing to wrong decisions and policy paralysis before 2014," said the statement.

The government has pledged liquidity for IL&FS from the financial system so that no more defaults take place and infrastructure projects are implemented smoothly.

The turnaround plan will include orderly sale of the assets of IL&FS group, recovery of receivables, fresh capital infusion, business restructuring and ensuring the company’s continued access to financial market. The government will take steps to ensure solvency of the company, which will also help restore confidence in the market.

The government has blamed the current crisis at IL&FS on its rapid build-up of debt and misrepresentation of its financial health. According to its latest balance sheet, the group has infrastructure and financial assets of ₹ 1.15 trillion and a debt pile-up of ₹ 91,000 crore. “The IL&FS group is involved in many infrastructure projects, through equity and debt financing. Any impairment in its ability to finance and support the infrastructure projects would be quite damaging to the overall infrastructure sector, financial markets and the economy, considering its systemically important nature."

The government successfully petitioned NCLT’s Mumbai bench to replace the former board of directors at IL&FS with its own appointees, led by banker Uday Kotak. In its argument, the government said the former board “had become prejudicial to the interests of the company and its members and this management was affecting public interest".

The government said the bulk of IL&FS’s revenue was in the form of receivables, around 50% of which was locked up in litigation and arbitration. The government also said there has been a sharp increase in bank deposits held in lien and that the company has negative cash flows from operations. “The high debt stress was clearly visible in the company and its main subsidiaries for the last so many years, but was camouflaged by misrepresentation of facts," the government alleged. “In the circumstances, replacement of the existing management by the new management appeared to be most necessary and immediately required to be done for restoring that confidence and to avoid any suboptimal liquidation of assets," it added.