Everyone knows J.R.D. Tata as the Air India founder, but it was Nevill Vintcent who gave the Tata Group the idea for a domestic airline

With the recent buzz about Air India privatisation plans, there has also, naturally, been a lot of talk of the airline’s glory days under J.R.D. Tata. But the person who has been completely forgotten in all this is the man who actually thought up the idea of Air India, and whom JRD himself referred to as “undoubtedly the founder of Indian air transport".

Nevill Vintcent was a veteran World War I pilot. In the 1920s, he worked in South-East Asia as a pilot and aviation evangelist. But he then moved to India, where he believed the scope for aviation was much greater.

In 1928, Vintcent spotted an exciting new business opportunity: Britain’s Imperial Airways was starting an international service across Asia to Australia, and Air France and KLM were to follow shortly with services to Vietnam and Indonesia. 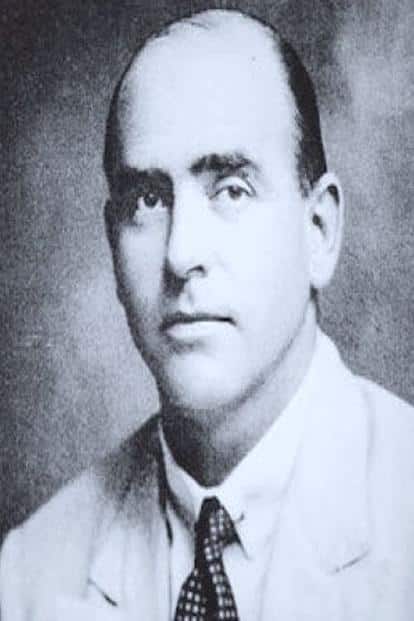 These airlines would carry mail as well as passengers, and the mail bound for India would be unloaded at Karachi. From there it would be delivered to its destinations in the subcontinent by rail—a process that would take several days.

Vintcent, with his experience of flying mail in Malaya, conceived the idea of a domestic air mail service that would pick up the international mail in Karachi and deliver it to destinations in India within 24 hours.

Since he didn’t have the resources to set up such an airline himself, Vincent took his idea to a leading Parsi industrialist, Sir Homi Mehta.

Mehta, however, wasn’t interested in the idea himself, but suggested that Vintcent talk to the Tatas instead.

Sir Dorabji Tata, the then chairman of the Tata group, was sceptical of Vintcent’s idea, but his up-an-coming nephew, the 24-year- old JRD, was an avid aviation buff himself, and helped persuade him to support the venture. Thus, Tata Air Mail was born, with an investment of Rs2 lakh.

The airline bought two single-engined Puss Moth aircraft with an average speed of 50 miles (80km) an hour, carrying a consignment of mail (and, in case of need, one passenger who could sit on top of the mail bags).

The pilot would navigate by following the railway lines below and, in case of doubt, resorting to a slide-rule that he carried in his pocket. The chief pilot of this new airline was Vintcent. Tata Air Mail was born with an investment of Rs2 lakh.

Tata Air Mail’s maiden flight took off from Karachi on 15 October 1932: J.R.D. Tata carried the mail from Karachi to Mumbai. And then Vintcent, waiting in the second aircraft, carried the remaining mail from Mumbai to Chennai, stopping for the night at Bellary.

The infant airline consisted of “one full-time pilot, two part-time pilots, one part-time engineer, and a couple of apprentice mechanics". Its headquarters was a palm-thatched shed on a mud airfield at Juhu, which was submerged below sea level every monsoon, forcing them to shift base to Pune. The airline’s motto, as JRD later recounted, was “Mail may be lost but never delayed; passengers may be delayed but never lost."

In its first year, Tata Air Mail went on to make a profit of Rs60,000, carrying a total of 10 tonnes of mail, as well as 155 intrepid passengers. Its service was, from very the beginning, outstanding.

The Directorate of Civil Aviation noted in its 1933 annual report, the airline had a 100% punctuality record, “even during the most difficult monsoon months"; it went on to wryly suggest that Imperial Airways “might send its staff to Tatas to see how it’s done".

Soon, the airline extended its service to Delhi (via Indore, Bhopal and Gwalior), Hyderabad, Goa and across the Palk Strait to Colombo. It had also upgraded to larger, more sophisticated aircraft, and was carrying more passengers, so it changed its name to the more appropriate Tata Airlines.

In 1938, 34-year-old JRD was appointed chairman of the Tata group, but his main interest continued to be the airline, for which he saw an extremely promising future, given the emerging global aviation trends.

The outbreak of World War II, however, was a major disruption for Tata Airlines; its services were commandeered by the government to carry troops and military supplies.

But JRD and Vintcent spotted a very exciting alternative opportunity—to get into aircraft manufacturing to help the war effort, drawing on their own aviation experience, combined with the resources of the Tatas (the Tata group was already making armoured cars called Tatanagars for use against Rommel’s armies in North Africa). They believed aircraft manufacturing would be a great business opportunity, especially in the post-war world.

In 1942, JRD and Vintcent submitted a plan to the British government to set up a company named Tata Aircraft, which would mass produce bomber aircraft in Pune; the model they proposed making was the De Havilland Mosquito that was playing a key role in the RAF bombings of Germany, including the “Dam Busters" that had destroyed key dams and flooded Ruhr Valley.

The project was approved, and Tata Aircraft was set up, with a large plant in Pune, ready to start production. But by then the course of the war had changed and the RAF no longer needed bombers; it needed gliders for the forthcoming invasion of Europe.

Vintcent flew to England to discuss the change of plan with Lord Beaverbrook, Churchill’s minister for aircraft production. On his way back to India, Vintcent was supposed to fly Imperial Airways. But the problem was the civilian airline flew by a long, circuitous route to avoid being attacked by German fighter aircraft. So, in his characteristic hurry, Vintcent managed to wangle a lift on an RAF bomber, which would help him get back to India faster.

Somewhere over the Atlantic

Unfortunately, the aircraft never reached its destination; it vanished off the coast of France. Back at the Tata headquarters in Mumbai there was great confusion, because officially Vintcent and his aircraft were simply reported as missing.

JRD kept waiting for Vintcent to somehow turn up, but as the weeks passed it became clear that he had been shot down over the Atlantic. His body was never found. A few weeks later, JRD received a letter from the British government cancelling their order for gliders—a big blow to the Tatas, who had made a huge investment in the project.

JRD is said to have kept a photograph of Vintcent on his desk in remembrance, alongside that of his father. Vintcent’s death was a great blow to him, because it was his vision, experience and energy that had played a key role in creating and building the airline.

What’s more, just before he died, JRD and he had been discussing the airline’s future in the exciting new world that would open up at the end of the war, especially given India’s strategic position on the international air routes. That exciting future did indeed come to pass, with Tata Airlines evolving into Air India, and going international—but Vintcent himself was not there to see it happen.

Today, sadly, Nevill Vintcent is just an unrecognizable figure in an old photograph, standing next to JRD, nothing more.

Anvar Alikhan is an advertising professional and social historian.