What 2019 holds for venture capital deals in India

Here are three things to watch out for in the venture capital space in the new year:

“A surge in deep-tech talent in data science, AI and ML, is driving higher interest in deep tech startups," said Sanjay Nath, managing partner, Blume Ventures—which is invested in GreyOrange. Sectors like healthcare have a huge potential for deep-tech disruption, with models of predictability and a broad reach that can make up for India’s poor doctor-patient ratio. Deep-tech startups are scaling up faster and facing fewer challenges in monetizing business models. However, deal volumes fell for the third straight year from 63 in 2016 and 58 in 2017 to 39 in 2018, indicating larger ticket sizes for a smaller number of successful startups. 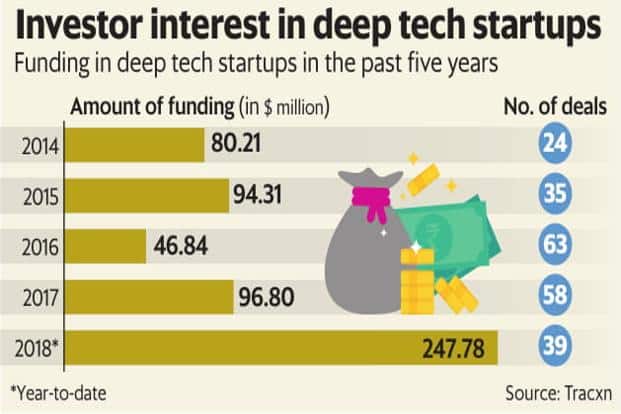 Oyo and Ola were among the big Indian startups that strode abroad in pursuit of new growth avenues. Will this be the new norm for VCs and startups that are chasing high expectations at mammoth valuations? “The valuation of these firms is with the assumption that they will expand abroad," said Anirudh Damani, managing partner, Artha Venture Fund, an early stage investor. Startups have competition in their DNA because they are brought up being compared with their global peers. So for these startups to go global is only natural, he added. Investors expect this trend will continue, given startups are raising large capital with the intention of going global.

“Indian startups are coming of age and some of them have not only perfected their product-market fit within India but also see that their business models can easily transition to a larger market outside India," said Niren Shah, managing director at Norwest Venture Partners India. In many cases, when a startup has been successful in India, it has in effect cracked important elements such as scale, cost, innovation and driving revenue in a low GDP per capita market. “We are increasingly seeing Indian startups using this these factors to their advantage to go international," he added.

SoftBank Group Corp. has continued being the behemoth of late-stage capital, backing Policy Bazaar and Oyo Rooms this year, besides going deeper in earlier investments like Paytm. With billions of dollars to spend, SoftBank will continue to drive late-stage activity in the Indian startup ecosystem.

“SoftBank is a positive force for the Indian startup ecosystem. SoftBank has large pools of capital that are helping fund late-stage venture companies in India. This is helpful and welcome for our ecosystem, since it allows a focus on growth and scale and provides a cushion on the timing of the IPO," said Shah of Norwest Venture Partners India.