No excess baggage freebies for VIPs on Air India

No excess baggage freebies for VIPs on Air India

New Delhi: Like ordinary air passengers, ministers and civil servants will no longer get any waivers on excess baggage fees on Air India flights as the government attempts to plug revenue leakage at the loss-making national carrier.

Most airlines levy a charge for luggage checked in over and above the free baggage allowance—typically 20kg—that travellers are entitled to, but Air India has been lenient in dealing with special requests, especially by VIPs who fly the national carrier.

On international routes, Air India passengers can carry 28kg checked-in baggage free on a London flight after which they need to pay ₹ 1,570 per kg. On a New York flight, the first 56kg is checked in free after which any extra weight of up to to 9kg invites a fee of $50.

“Every day there are requests from powerful quarters to waive excess baggage fee. Sometimes from quarters you can’t say no to," said one of the two officials cited above. “How do you decide who to allow? So it was decided no free baggage, abolish any such practice." 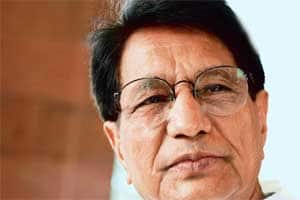 Requests for waiving charges on baggage as heavy as 100kg are frequent, he said.

Air India has accumulated losses of ₹ 27,000 crore in the past five fiscals; it had a debt of ₹ 43,777 crore as of 31 December. The government has approved a restructuring plan involving ₹ 21,348 crore of short-term loans to help the airline stay afloat.

Fees levied on excess baggage form an ancillary revenue stream for airliness across the world.

“A lot of people ask Air India for favours and a lot of those favours are for non-commercial reasons," said an airline official who declined to be named, referring to freebies including seat upgrades. “This (ministerial directive) strengthens our hands on certain levels where we find it difficult to take a decision."

A ministerial delegation headed to or returning from overseas and seeking a waiver on excess baggage of 10kg is something an Air India employee typically cannot deny for fear of being reprimanded by superiors later, this airline official said.

Air India may benefit, albeit in a small way, using the ministerial directive to earn more ancillary revenue.

“It should provide additional revenue even from all these government officials who come from Dubai and London," said a former Air India official who did not want to be named. “If the baggage is 22 kg, the airport counter used to just leave it. They won’t charge for the 2kg. Now maybe it will be strictly enforced. Many customers who used to come to Air India because they knew the airline will allow a few kilos extra will, however, go away."

Air India is trying to reduce costs and increase revenue to win government equity. The carrier has also cut the commision payable to travel agents on the basic fare plus fuel surcharge from 3% to 1% starting 16 July. Consulting firm Centre for Asia Pacific Avaiton, or CAPA, has cut its estimate for Air India’s loss in 2012-13, which it said would be around $1 billion, from an earlier estimate of $1.3 billion, as the airline has improved domestic operations.

Air India’s domestic revenue increased 46% in the quarter ended 30 June from the corresponding quarter of last fiscal. It also achieved the third highest domestic market share in August at 18.2%.

‘The national carrier needs to take advantage of the current domestic market conditions to focus on restructuring by further reducing its cost base, improving productivity and solving its outstanding HR (human resource) issues," CAPA said.

Not everyone is hopeful of the ministerial directive working. “In the past also they have issued such letters for upgrades and other things," said Sudhakara Reddy, president of the Chennai-based Air Passengers Association of India, adding that any local Air India airport manager will have no choice but to allow excess baggage free if a minister was the passenger. “Nothing will happen."