Kochi: The Kottayam-based Rubber Research Institute of India (RRII) is working with the tyre industry to validate research that it says will make vehicle tyres more environment-friendly.

Since RRII—an arm of the government’s Rubber Board headquartered in Kerala— does not have a mandate to actually make tyres, it is getting its findings tested by the industry, said K.T. Thomas, joint director in the technology wing of the institute. 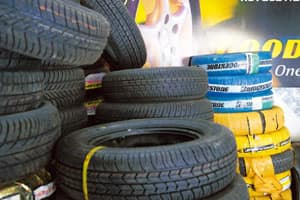 Clean initiative: If successful, the technology will help reduce the usage of petroleum-based products in tyres. Madhu Kapparath / Mint

If the testing is successful, RRII’s epoxidized natural rubber (ENR) technology will help reduce the use of petroleum-based materials such as carbon black and synthetic rubber, instead using natural rubber that has been modified to meet industry and on-road specifications.

Natural rubber is chemically modified using materials that add oxygen atoms into the rubber structure which gives it the same qualities as synthetic rubber. Epoxidation of natural rubber is a promising modification in this process, said Thomas.

Carbon black, a pigment and a reinforcing agent that reduces thermal damage, is one of the major ingredients added to rubber for tyres.

However, both synthetic rubber and carbon black are petroleum products.

Increasingly though, the industry is replacing carbon black with silica, which reduces the rolling resistance. But because silica is less compatible with rubber, coupling agents are added, making it more expensive.

Silica coupling agents cost around Rs1,000 a kg while ENR for the same end-use costs about Rs200 a kg, Thomas claimed.

However, the downside is that lower resistance could lead to less grip, an issue that he said the industry would look into at the testing stage.

Any attempt to make the tyre industry more environment-friendly will be to minimize its dependence on petroleum-based materials and use natural rubber instead, Thomas said.

As a product category, tyres use as much as 50% of rubber in ingredients, and the tyre industry overall is one of the largest consumers of this commodity. Both natural and synthetic rubber—the latter a by-product of petroleum—are used in tyres.

The Indian automotive tyre industry had revenues of Rs20,000 crore in fiscal 2008, manufacturing 11.35 million tonnes by volume, and 81.1 million by numbers.