New Delhi. Air India Ltd-owned Centaur hotel at the Indira Gandhi International Airport in Delhi on Saturday uploaded a huge cache of its internal files online including several passports of international and local guests for everyone to have access to. 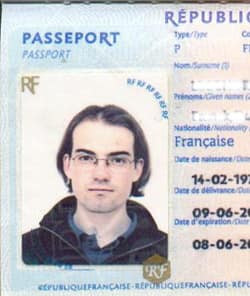 Many such passports and driving licenses were available on the site due to a possible hacking attack. )Picture modified to protect identity.)

People looking to make reservations with the hotel are instead taken to a page where all confidential files are easily accessible. (though now, that particular page is not accessible).

The passports of French, US, UK citizens and many more are readily available for anyone to possibly misuse. Besides there were pictures and driving licenses available online too. All of which were downloadable along with other details of guests.

Hotel Corporation of India Ltd, an Air India subsidiary that runs Centaur, chairman Arvind Jadhav could not be immediately reached for comment. An Air India spokesman assured they will look into the matter.

The 376-room four-star hotel which is used by a large number of Air India’s crew member has recently emerged as the key centre for the cash-strapped airline’s top management to hold ‘cost-cutting’ meetings.