Qualcomm to focus on low-cost computing, 3G market in India

Qualcomm to focus on low-cost computing, 3G market in India

Bangalore: Mobile-phone chip maker Qualcomm Inc. will take back to the US low-cost chips it has designed for emerging nations like India to use them in applications such as connecting electricity meters to power grids, a top executive said. 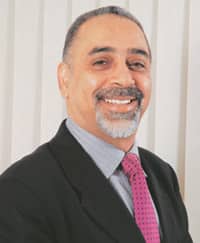 “You are no longer talking about people (talking) to people," Kanwalinder Singh, president of Qualcomm’s India unit, said late Wednesday on the sidelines of a conference.

Having produced affordable semiconductor chips and modules, the firm is able to take these to other markets for machine-to-machine applications, he added.

Cellular connections in the US that enable wireless data calls between machines will increase threefold by 2014 from the current 75 million, technology market research firm ABI Research said on 22 September.

Qualcomm’s India centres in Bangalore and Hyderabad, which employ at least 1,000 people, have played a major role in designing single-chip handsets, driving down costs of such phones to $20 from $80 five years ago, said Singh.

The firm dominates the so-called code division multiple access (CDMA) technology used by more than 100 million cellphone users in India. It is now supplying these chips to the US for a year now, Singh said, without giving specific numbers.

In India, Qualcomm is set to begin trials of a low-cost computer called Kayak by the end of this year. Kayak, named after the boats used by American Indians and known for their simplicity, are designed for high-speed broadband connectivity on third generation (3G) spectrum.

India is expected to auction 3G spectrum later this year, which will allow cellular operators to offer high-speed Internet access to content such as video on mobile phones.

“We have the reference design ready. We are talking to operators, application providers so as to ensure that the right applications work," said Singh.

Kayak, which should cost less than Rs10,000, will have a monitor and a wireless modem, allowing users to access applications and software over the Internet and download some of them locally.

Qualcomm is working with the Azim Premji Foundation, the non-profit education initiative of Azim Premji, chairman of Wipro Ltd, India’s third largest software vendor, to host on the Internet the local language education material it has built for school students.

“Our aim is to demonstrate to policymakers that if you provide connectivity, you can reap benefits in the education sector," said Sukumar Anikar, head of technology for education at Azim Premji Foundation. “It is not only students, but even teachers who will benefit."

Qualcomm will licence the technology to hardware vendors and earn royalty on chips sold once Kayak is commercialized by 2010, Singh said.

“We will test them in emerging countries because we are targeting under-penetrated markets," he said. “Surprisingly, we are getting lot of enquiries (for Kayak) even from developed markets."