New Delhi: Days before the winding up of Etisalat DB Telecom Pvt. Ltd (EDB), the two partners in the joint venture have stepped up accusations against each other over the break-up.

EDB—owned by UAE-based Emirates Telecommunications Corp. (Etisalat) and Shahid Balwa-promoted DB group firm Majestic Infracon Pvt. Ltd—is one of nine companies whose licences were cancelled by the Supreme Court in a 2 February judgement, as a fallout of the 2G scam. 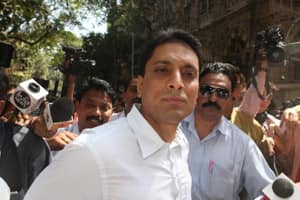 Majestic Infracon was responding to Etisalat’s statement on Tuesday blaming its partner for the mess and alleging that the resignations of EDB directors Balwa and Vinod Goenka without replacements had paralyed EDB as it was unable to make payments to creditors.

“Majestic has refused to inject any more cash into EDB and has now walked away from any responsibility for it," Etisalat said.

Etisalat added that it has no objection to any of its creditors making representations to the Bombay high court on 11 April when the case for settling of claims comes up for hearing.

Balwa and Goenka were arrested in connection with the 2G spectrum scam and are now out on bail.

“We are extremely shocked and surprised at the content and tone of the statement, and more pertinently Etisalat’s covert attempt at portraying a factually incorrect position as well as Etisalat’s proffering of blatant falsities," Majestic Infracon said in its statement.

The firm also claimed that Pratap Ghose, chief financial officer of EDB and an Etisalat nominee, filed affidavits on 26 and 27 March in the winding-up petition filed by Etisalat in the Bombay high court without the authorization of EDB.

It added, among other charges, that Atul Jhamb, chief executive of EDB, was stripped of all decision-making and financial authority and that Etisalat nominees were effectively “in control of EDB".

In a statement on 12 March announcing that it had started the procedure for winding up EDB, Etisalat said: “Recent events have led to a complete breakdown in the relationship between Etisalat and its Indian partners, Shahid Balwa and Vinod Goenka."

Etisalat added that it was unaware of any issues or risks associated with the licences already owned by Balwa’s Swan Telecom (renamed Etisalat DB following the formation of the joint venture) when it made its investment.

The company also said it has sued Balwa, Goenka and Majestic Infracon in the Bombay high court for “fraud and misrepresentation associated with soliciting Etisalat’s investment in Swan".