New Delhi: India’s IT and IT services sector will cross the $100 billion-mark this fiscal but the growth rate will slow down in the next fiscal as concerns over global economic situation and domestic policy issues loom large, industry body NASSCOM said on Tuesday. “This has been a very good year for the industry and we have seen a growth of 16.3%. This year (fiscal) the industry will cross $100 billion mark," NASSCOM chairman Rajendra S Pawar said.

As per estimates by the industry body, total revenue of the sector will be $101 billion out of which $69 billion will be from exports and $32 billion from domestic market.

Stating that the current environment has become uncertain due to a variety of factors such as the elections in the US, Eurozone crisis and India’s own “policy paralysis" among others, Pawar said for the fiscal 2012-13, the industry is expected to grow between 11-14%.

“We will revisit this forecast in October. The mood is more somber now and these uncertainties are forcing us not too look at the whole year," he said. 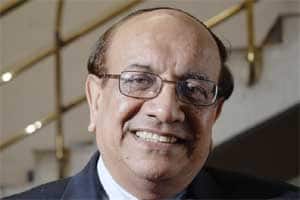 Commenting on the hiring prospects in the industry, NASSCOM President Som Mittal said: “There is a strong hiring pipeline of over one lakh offers."

This will, however, be lesser than around 1,20,000 jobs projected to be witnessed in the ongoing fiscal.

Calling for government support, as is being done by competitor countries like China, Brazil, Phillipines, South Africa and Egypt among others, Mittal said India’s policy should chart out a clear road map for the industry.

“There is policy paralysis in India. There is no road map on DTC, GST and SEZ issues. Also there is increased tax activism and sometimes we feel we are soft targets," Mittal said citing examples of issues like ‘body shopping´, transfer pricing under which IT firms are made to pay more taxes.