Kolkata: Tyre maker Dunlop India Ltd’s Sahaganj factory is a drag on the Ruia Group’s operations and it would make “no difference at all" if the shut factory was carved out of Dunlop or mothballed, said chairman Pawan Kumar Ruia.

There has been no production at the Sahaganj factory in the past 10 months, Ruia told reporters on Monday. “The West Bengal government might be unhappy with our decision to suspend work at Sahaganj but we had to take this step because it was impossible to keep paying workers without any production," he said. 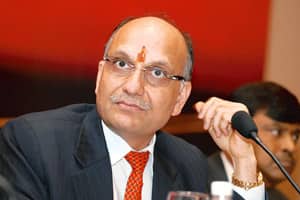 Chartered accountant turned entrepreneur Ruia acquired Dunlop from Manohar Rajaram Chhabria’s Jumbo Group in 2005, but has since been struggling to restart operations at its Sahaganj factory in West Bengal’s Hooghly district.

The factory has some 870-odd permanent workers, who, according to Dola Sen, the leader of the trade union affiliated to the ruling Trinamool Congress party, wasn’t paid salaries for the past two months. They were, however, lately promised a ₹ 1,000 “festival ex-gratia", according to the state’s labour minister Purnendu Bose.

On Friday, following a board meeting, Dunlop’s management said it was willing to consider a partial withdrawal of the suspension of operation if the West Bengal State Electricity Distribution Co. Ltd restored power supply to the factory. The state-owned utility had stopped supplying power to the factory because Dunlop couldn’t clear dues.

“All of Ruia Group’s other units in India and abroad are doing quite well except (Dunlop’s) Sahaganj and Ambattur (factories)," Ruia said in a media interaction on Monday. In Ambattur (Tamil Nadu), too, the company was dealing with resistance from a section of feuding workers, he said.

The state government is viewing Ruia’s statement to the media on Monday as a “strong signal", according to a labour department official, who did not want to be named.

“The state government is soon going to start a dialogue with the Ruia Group on the future of the Sahaganj factory," he said. “His statements to the media indicate that he wouldn’t mind washing his hands of Sahaganj."

Ruia, however, reiterated on Monday that he remained confident that the factory could be revived.

Labour minister Bose had said on Friday that the future of Dunlop’s Sahaganj factory remained unclear, and that the state government was viewing it as a matter of “public interest".

Instead of putting pressure on the Ruia Group, the West Bengal government should facilitate the restructuring process “in a constructive manner", Ruia said.

“With or without Ruia, Dunlop must go on," said labour leader Sen.

Meanwhile, Dunlop’s second quarter earnings show the firm’s unsecured debt had gone up by ₹ 100 crore in the past 12 months to ₹ 286.77 crore despite substantial cut in production. Asked about it, Ruia said he wasn’t immediately aware of the reasons for the increase in unsecured debt.