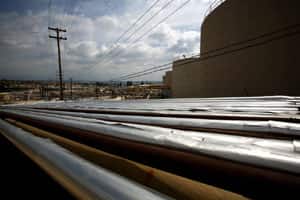 Veedol was used in the world’s first mass-produced car, Model T Ford, and in the first aircraft to fly around the world, the Graf Zeppelin. BP decided to sell it to focus on its flagship Castrol and other lubricant brands, the firm had said in a February statement.

The US parent of Tide Water, founded in New York in 1887, had introduced the Veedol brand and made it one of the world’s most recalled ones for lubricants. Tide Water US went through a series of takeovers and some of its assets were spun off through 25 years till the mid-1950s until the company ceased to exist by that name. BP got control of the Veedol brand, except in India, when it acquired Burmah-Castrol in May 2000.

BP didn’t till the time of going to press make any statement on the transaction.

Tide Water US’ 22.12% stake in its erstwhile Indian unit had gone into the hands of Chevron Corp. Chevron-controlled Four Star Oil and Gas Co. sold its stake in 2008-09 as two Indian investor groups snapped up Tide Water’s shares from the stock market expecting the Union government and institutions controlled by it to cash out.

The acquisition of the Veedol trademark outside of India is likely to make Tide Water more attractive to its suitors, said Rajesh Agarwal, head of research at Kolkata-based brokerage Eastern Financiers Ltd.

Kolkata-based businessman Mahendra Kumar Jalan and lubricant maker Standard Greases (Silvassa) Pvt. Ltd own around 15% each in Tide Water. “With the securities market regulator allowing investors to ramp up their holdings to 25% (without having to make an open offer), there could be renewed interest in the stock," Agarwal said.

Jalan on Monday said the acquisition of the Veedol trademark from BP should augur well for the company in the long run, but refused to make any further comments because he hadn’t studied the transaction yet.