The venture will look at developing and marketing such beverages for Indian consumers on the health and wellness platform, a senior PepsiCo official said.

“The scope of the JV is being worked out. The opportunity is huge," said Sanjeev Chadha, president, PepsiCo India, adding that the firms are currently looking at the structure, work and governance principles. 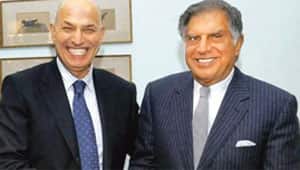 The non-carbonated beverages market in India is estimated to be $800 million (Rs3,552 crore) and growing at 25% annually.

“The JV will give Tata Tea an upside as it looks at cold beverages for growth as its traditional hot beverages (tea) market is globally a de-growth market," said Anand Ramanthan, sector analyst with KPMG Advisory Service Pvt. Ltd. “It is to be seen how PepsiCo benefits from it besides gaining from economies of scale for supply chain."

Non-carbonated drinks such as Tropicana, Nimbooz, Gatorade and Aquafina contribute close to 18% of PepsiCo’s India revenue.

Tata Tea, which markets the Himalaya, Tetley and Agni brands, is test marketing T!on, a tea drink, in the ready-to-drink (RTD) beverage market. Over the past year, it has been consolidating some of its brands such as Eight O’Clock Coffee, Tetley, Vitax, and Good Earth, under a single, yet-to-be-named umbrella.

Finally, we are hearing a sensible line on free trade a ...

What the Amazon-Reliance dispute over Future is all about

Tatas might do well to rope in Singapore Airlines to jo ...

PepsiCo has a global JV with Unilever for the RTD market. “The proposed joint venture is not intended to conflict with any existing arrangements of either party," Tata Tea said.