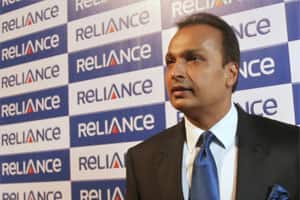 “Since our last report on the company, the stock is down approximately 32%. We believe there is significant additional downside," Veritas analysts Neeraj Monga and Jaishankar Krishnamurthy wrote in an 8 June report titled House of Cards.

“Incorporating a 50% governance discount to our approximate equity value of ₹ 30 per share, we value the core business at ₹ 15 per share, suggesting 77% downside from current levels."

The analysts added the Anil Ambani-promoted company “has a tendency to report high levels of other income, which is not sustainable on a long-term basis given the significant drop in its current cash balance. Furthermore, based on the company’s inclination to book expenses to reserves and include other income in its Ebitda, reported ebitda is an unreliable indicator of the company’s operating prowess. Therefore, we ignore other income in our valuation."

Ebitda, or earnings before interest, tax, depreciation and amortization, is a key measure of a firm’s profitability.

The biggest challenge for the telco, according to Veritas, is the high financial leverage, accompanied with debt repayment obligations of approximately $2.2 billion (around ₹ 12,000 crore) over the next two years, “at a time when Ebitda in core business operations is stagnating".

“The Veritas report lacks any credibility and is mala fide in intent and approach. The orchestrated manner of dissemination of an analyst report in the media reveals the underlying ulterior and dishonest motives. The report is full of factual inaccuracies, and baseless allegations masquerading as research," a statement from telco said.

“R-Com is fully compliant with all applicable accounting policies and standards; adheres to all prescribed governance norms; and follows appropriate risk-management policies consistent with the long-term maturities of up to 10 years for its foreign currency debt. The valuations attributed by Veritas reflect its complete lack of understanding of R-Com’s assets and businesses, and a very superficial grasp of the underlying realities of the telecom sector in India," the statement added.

R-Com accused Veritas of having an agenda. “In line with its past actions, Veritas is working systematically to destroy confidence in Indian capital markets through distorted and sensationalist reports," the telco said.

Monga is reputed overseas for attacking companies following investor-unfriendly practices. He has published such commentary earlier on R-Com and brother Mukesh Ambani’s Reliance Industries Ltd, as well as on Kingfisher Airlines Ltd and DLF Ltd.

The Veritas report essentially lays out five primary findings based on which the telco has been rated. These include the rumoured tower asset sale on which the research firm says that there is a stampede in the Indian telecom tower market to monetize assets. “At best the company can monetize its Reliance Infratel tower asset at a diminished value of $2.36 billion, compared to rumours in the marketplace ascribing a valuation upwards of $4.2 billion." Veritas also expresses scepticism over the telco’s Singapore listing of Flag Telecom (R-Com’s international wholesale network transport and communication services provider) saying that after pledging of certain assets to secure debt of $500 million, there is very little room for deleveraging of R-Com. “Our estimate of Flag’s enterprise value of $891 million, leaves very little deleveraging room for the ultimate parent R-Com," the report said. The Veritas analysts also attacked the telco’s accounting practices.

“We believe that the company’s accounting policies are whimsical and do not provide a clear picture of the underlying operating and business trends. We neither believe in the reported book equity of the company nor in its reported fixed asset base," the report said. “Given significant exposure to un-hedged foreign currency denominated loans, we find the risk management and governance practices of the company sub-optimal. Moreover, the write-off of $179.2 million in FY11 (2010-11), which was advanced to a supplier, suggests either incompetence or chicanery," the report said.

The analysts have also pointed at rapidly deteriorating macro-economic conditions in India, fractured policymaking, high inflation, an uncontrollable fiscal deficit and a hyper-competitive telecom sector as reasons for the poor prospects of the telco.

R-Com is one of five major telcos that have got show-cause notices from the department of telecommunications following external audits that it had ordered.

A show-cause notice is not an indictment. It only requires the company that receives such a notice to explain its position.

In a 19 July 2011, report, the Veritas analysts wrote: “Reliance Communications Ltd is the poster child of everything that is wrong with corporate India, and irrespective of management’s assertions about ‘values’ and ‘integrity’ in various annual reports, we find no credible evidence of either in its financial statements or those of its former parent, Reliance Industries Ltd. Doubts about management’s integrity and the short shrift to shareholders arise right at inception, when the demerger from RIL was undertaken on August 31, 2005, and the company was listed on Indian bourses on March 6, 2006."