Mumbai: Some real estate-focused private equity firms in India are opting to raise money from their investors, or limited partners, on a project-by-project basis, instead of a fund, as overseas investors shy away from putting money in risky assets.

Fund managers are using the so-called club deals to survive in an extremely competitive PE market where an estimated 350-400 PE funds are jostling to raise funds. Even firms that are already managing a fund are opting for such a fundless structure, where the LPs co-invest and a small part of the fund is invested. 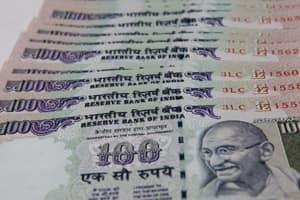 Fund managers who have been in the business for a long time continue to get opportunities to invest in attractive projects even when they have deployed their fund fully and are unable to raise a new one because of uncertain economic conditions. Such deals allow the PE firms to take advantage of such opportunities. At the same time, limited partners are also averse to paying fees to fund managers when deal flows are few and far between.

The fund raising environment has become tough, as foreign investors have turned cautious about investing in Indian PE, especially in real estate, in the absence of expected returns.

Out of PE investments worth $13 billion made in Indian real estate, only $3 billion of exits have been recorded so far, according to a report released in December by real estate consultant Jones Lang LaSalle India. The report also added that a lot of LPs would put indirect investments on the backburner and prefer either making direct investments or evaluate a presence in India through a separate account structure with a strong local fund manager. “With increased performance expectations on the part of LPs, the fund-raising environment is set to get tighter," the report said.

“Club deals will be more popular over the next few years as discretionary blind pools become challenging to raise," said Sachin Shah, founder and managing principal of Samsara Capital, a real estate-focused fund. Samsara is in talks with some investors for club deals.

Currently, there are 15 real estate-focused PE funds on the road to raise money. Club deals are more challenging as the manager has to tie up a deal before identifying the capital source, said Shah. Also each transaction could have a separate investor to deal with, he said.

Such deals are common in more mature markets like Europe and the US where the real estate market is more deep as investors have the option to invest across several assets within real estate instead of backing just one fund with a fixed strategy.

“This is a very visible change seen now and smaller real estate firms are opting for this structure," said Amit Goenka, national director, capital transactions, Knight Frank India Pvt. Ltd. According to him, such deals may take longer to close as each deal has to be marketed to several investors.