The regulator has started what is called a requirement review of Paramount, said a DGCA official who didn’t want to be named. “There is a requirement deficiency for a national airline status. We have asked them to explain it in a couple of days," the official said. 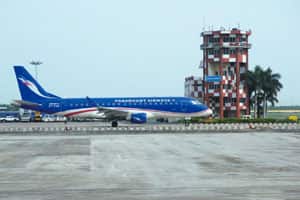 Mounting woes: A Paramount plane at Chennai airport. The airline’s three Embraers have been pulled from service over payment disputes. Hemant Mishra/Mint

A single aircraft makes travel difficult for passengers, said another DGCA official who too did not want to be named. Airlines typically keep one aircraft as a backup in case of an emergency or engineering-related issues.

“Either they have to do bring the (new) aircraft or close the shop. The requirement is very clear," this official said.

A Paramount spokesman declined to comment on the matter in response to emailed queries from Mint.

The airline will have to lease new aircraft as it is yet to firm up a memorandum (MoU) of understanding to buy 10 A321 passenger jets from Airbus SAS at the Paris Airshow in June 2009. Airbus executive vice-president of sales and marketing Kiran Rao told Mint last month at the Hyderabad Airshow that the MoU is yet to be converted into an order.

In the past, the Wadia-group owned low-cost airline GoAir was granted an exception by the civil aviation ministry and allowed to continue operations despite falling short of the minimum requirement of five aircraft. The airline now has an eight-aircraft fleet.