Bangalore: India’s expected $10 billion (Rs48,700 crore) purchase of 126 fighter planes, billed as the world’s biggest military deal, may be hogging the most attention at the Aero India show, but the short-term money spinner for global firms is the Indian Air Force (IAF) plan to upgrade its existing fleet of combat aircraft. 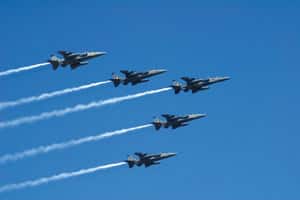 Thales and HAL have been selected by the Indian Air Force (IAF) to upgrade the fleet of 51 Mirage-2000 planes, but a final order has not been placed. “The retrofit of the Mirage-2000 aircraft is an opportunity. We are working with Indian partners on this," said Pierre-Yves Chaltiel, head of solutions for the governments sector at Thales.

Global aerospace firms attending the air show that began on Wednesday are trying to win some of the $30 billion the country is forecast to spend by 2012 to strengthen its military muscle. As much as a third of the amount would be spent on the purchase of the 126 fighter jets.

Winning an order for fighter deals is not just a one-off transaction for global aerospace firms, which also stand to gain long-term business with maintenance services, upgrades and spare parts. In most aircraft deals, the manufacturer covers the customer for at least three years for spares and maintenance.

“Then it is a cash generating machine over long period (for the manufacturers)," says Ratan Shrivastava, director for aerospace and defence at researcher Frost and Sullivan.

Both Rolls-Royce Group Plc. and Honeywell International Inc. are bidding to replace the engines of the 125-strong Jaguar fleet of the IAF. HAL is leading the programme for the upgrade that includes modern avionics developed jointly with the Defence Research and Development Organisation. Nearly 300 engines will be needed to upgrade the British-designed Jaguar, built by HAL in Bangalore.

“There are many upgrades—the Jaguars, Mirage and the Dorniers—(in which) we are participating," said Ashok Baweja, chairman of HAL.

Companies such as Samtel Group, a Delhi-based maker of aviation electronics, and Bangalore’s Alpha Design Technologies Pvt. Ltd say the upgrades were an opportunity for them to offer new technologies. “The upgrades offers new opportunity. It is local technology that is contemporary," said Puneet Kaura, director at Samtel.

In past aircraft purchases, particularly the Soviet-era MiG, India faced problems in sourcing. Now, IAF insists foreign manufacturers cover the life cycle costs of aircraft it sells to the country. This includes the tender for 126 fighters.

“Now, all projects that will be awarded will be turnkey projects. Just to give you an example, the C-130J transport plane comes with every facility, laboratories and all," said air chief marshal F.H. Major, the chief of air staff, at a conference in Bangalore last month. Lockheed Martin Corp. had signed a deal in 2007 for the C-130J Hercules planes with the IAF through an Indo-US governmental agreement.