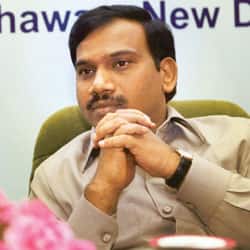 “Only Motorola is not there, other major vendors are there," Goyal said.

The bids will first be evaluated on technical parameters and only those shortlisted will be passed on to the second round where the prices quoted by each firm will be compared.

BSNL last year ordered around 13 million lines from Ericsson at about $91 a line, part of a tender for 23 million lines. Both Ericsson and second lowest bidder Nokia Siemens declined to meet the rest of the tender at that price. Lack of infrastructure has hampered BSNL’s efforts to add wireless subscribers. It has fewer mobile subscribers than rivals Bharti Airtel Ltd, Reliance Communications Ltd and Vodafone Essar Ltd.

Union communications and IT minister A Raja on Wednesday said through this expansion BSNL will also introduce value-added services such as mobile TV, mobile broadband, MMS and location-based services. Raja was addressing members of the consultative committee of Parliament attached to his ministry in New Delhi.