Thanks for Visiting Mint
You seem to have an Ad Blocker on. Please turn it off in order to continue, or whitelist Mint
HOW TO TURN OFF AD BLOCKER
OR
REFRESH IF YOU ALREADY TURNED OFF THE AD BLOCKER
Home >Companies >Indian carriers agree to lower fares in highest categories

Mumbai: Indian airlines have agreed to lower fares by 5-20% in their highest categories in the next few days, the civil aviation regulator said.

This follows a meeting convened by the director general of civil aviation (DGCA) E.K. Bharat Bhushan on Monday with the chief executives of domestic airlines to discuss a recent spurt in airfares.

“Airlines have agreed to reduce their upper-class fares and in a day or two they will file the revised fare plan with DGCA," Bhushan said. 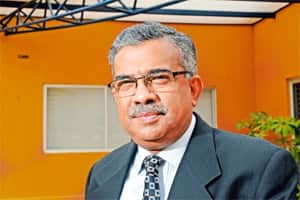 In a statement, the regulator expressed concern over the surge in average domestic airfares although jet fuel prices rose only by a relatively modest 16% in June over a year ago.

It said there were huge variations in the highest published airfares by different carriers for the same routes.

The regulator has asked airlines to upload revised tariff sheets on their websites.

Economy class airfares have increased by 40% in the past six months and business class fares by 20%. Last week, oil marketing companies cut aviation fuel prices by 5%, the steepest reduction since February 2010, but the airfares stayed high.

On Monday, Mint reported that private airlines in India may finally get some respite with their yields, the profit earned on every ticket sold, increasing by 10-15% ahead of the traditionally weak second financial quarter.

Sharan Lillaney, analyst at Angel Broking Ltd, said lowering the fares will not have much of an impact as it’s applicable only for tickets in the higher bucket and as 60% of the seats are sold in advance at lower rates.

India’s airlines are expected to post a combined loss of $1.3-1.4 billion in the year to 31 March, consulting firm Centre for Asia Pacific Aviation (Capa) estimated in its India outlook 2012-13 report in May.

The regulator pointed to distortions in ticket pricing.

“Airfares do not show increasing trend with the date of departure. Many a times, fares of higher inventory are opened and then lowered as the date of departure approaches... Passengers buying tickets in advance may end up paying more than the passengers buying later," the regulator said. “Whereas passenger traffic has seen a downward swing in May 2012 over the corresponding period of last month, the airfares have seen a disproportionate spurt."

The announcement was made after market hours.