Mumbai: To retain talent and stem attrition, private equity (PE) companies in India are changing the compensation structure for employees by raising base salaries and offering lower bonuses.

Base salaries on average rose by 11.2% in 2011, shows an annual compensation survey by Hunt Partners, an executive research firm. This increase is the largest the PE industry has seen in the past six years, according to the survey. 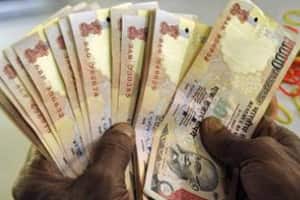 Last year, the survey reflected that base salaries increased by 1.7% and bonuses by over 80%.

“We see a movement towards higher base vis-à-vis lower bonus structure, similar to what has happened in the investment banking sector," the survey said.

A typical reward structure for PE professionals has three components: base salary, bonus and carry, which is the share of profits made on an investment, typically 20%. A major part of the compensation is linked to the carry.

“Poor visibility on the carry has led to this change in the compensation structure," said Puneet Singh, a partner at international headhunting firm Heidrick and Struggles.

“Given that markets have not been great, carry gets affected and attrition starts," said Muneesh Chawla, managing director at Blue River Capital Advisors (India) Pvt. Ltd, a Mumbai-based PE fund.

The percentage increase in the base salary structure of PE professionals is close to levels before the global financial crisis of 2008-09.

“We expect that bonuses this year may be half of last year in majority of funds," said Sunit Mehra, managing partner, Hunt Partners. He expects the trend to sustain in 2012. “The bonuses are going to be much lower in 2012."

Some analysts say raising salaries is not the best way to ensure team stability.

“They want incentives for performance to be aligned and carry is the most powerful way to ensure this alignment," he said. “It takes time and patience to see carry distributions and that means being with the same fund for a long time to create and then realize value from investments."

The churn in the PE industry can also be attributed to the change in the hiring pattern, say experts.