India falls from 66th position to 76th on the innovation index

New Delhi: India has slipped 10 notches on the Global Innovation Index (GII)—the only one among the BRICS economies that slid in the rankings of countries based on their innovation capabilities.

India fell from the 66th position to the 76th on the index compiled for a seventh year by Cornell University, INSEAD and the World Intellectual Property Organization, an agency of the United Nations.

Other BRICS economies—Brazil, Russia, China and South Africa—improved their rankings. 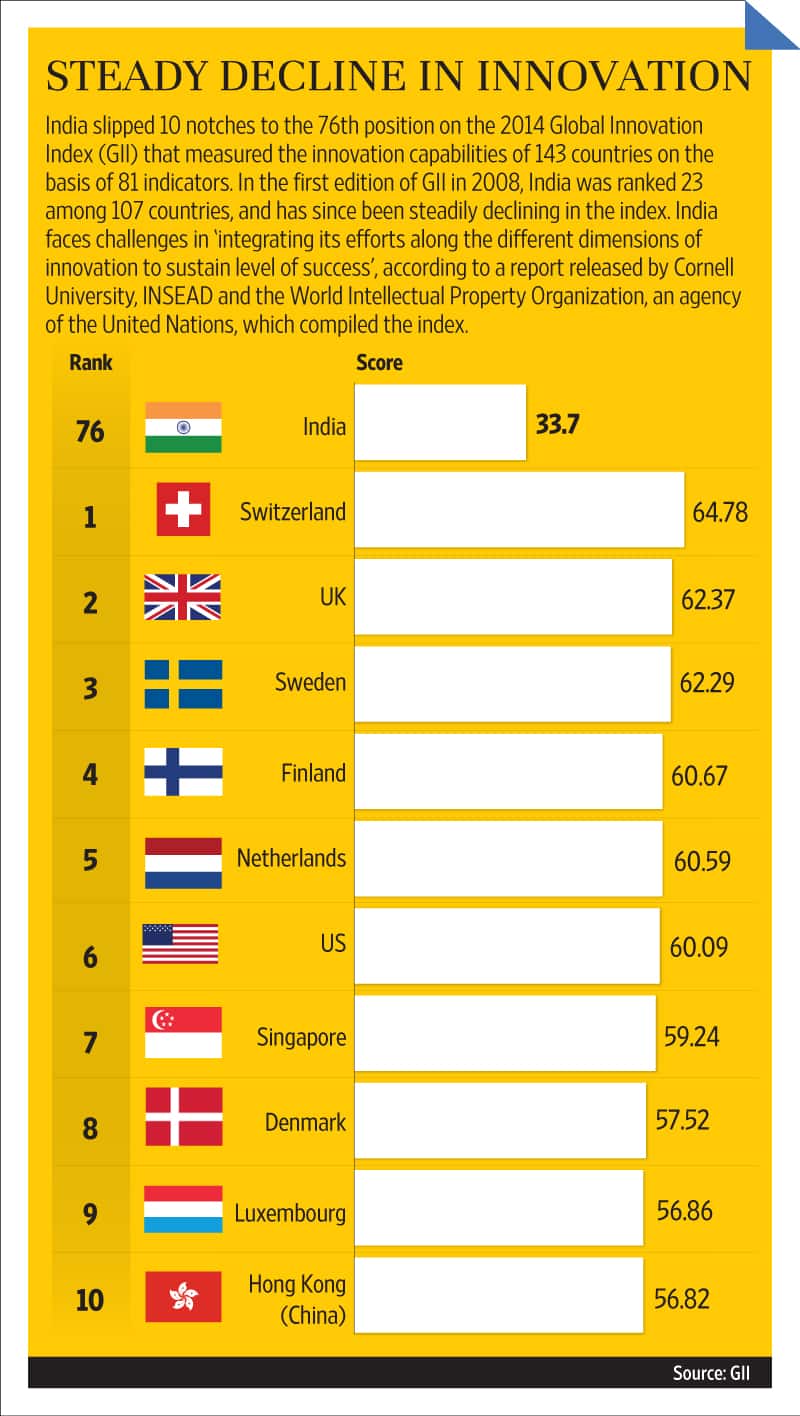 India’s divergence from the rest of the BRICS economies, the report notes, is the result of “challenges it faces in integrating its efforts along the different dimensions of innovation to sustain level of success".

In the first edition of the GII in 2008, India ranked 23 among 107 countries, and has since been steadily declining in the index.

This year, GII ranked 143 economies in terms of their innovation capabilities using 81 indicators. It focused on the human aspects behind innovation, which it said are needed to be understood by policymakers to help promote economic development and more innovation-friendly environments locally.

Singapore and Hong Kong remain the only two from Asia to find a place among the top 10 in the GII. Singapore displaced Hong Kong to lead the continent in overall innovation performance.

Switzerland topped the GII rankings like last year while the UK took the second position. Sweden, Finland and the Netherlands followed.

“As innovation becomes a global game, a growing number of emerging economies are confronted with complex issues whereby ‘brain gain’ can only be generated through a delicate balance between talents outflows (e.g. citizens seeking an education abroad) and inflows (whereby high performers return home to innovate and create local jobs, and diaspora contribute to national competitiveness). Around the world, we see encouraging signs that this is happening," Bruno Lanvin, executive director for Global Indices at INSEAD and co-author of the report, said in a press release.