Mumbai: At least one out of four respondents in a survey of 100 companies from across industries in the services and manufacturing sector have experienced an information technology-related fraud incident, according to consulting firm Ernst and Young. 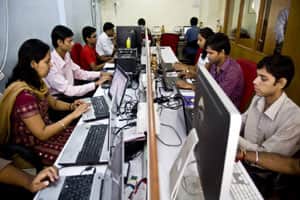 The survey, in which companies from the IT, banking and financial services and insurance, fast-moving consumer goods, pharmaceuticals, manufacturing, telecommunications and other sectors participated, was released on Tuesday.

Despite concerns over companies being unprepared to deal with IT related fraud, 60% of respondents preferred to investigate these with in-house teams rather than outside agencies—government or private.

As much as 61% said their companies rely on basic spreadsheet software to investigate IT-related fraud.

Still, Indian companies recognize the need to guard against fraud.

“There has been a lot of talk over the past six months or so because chief executives and senior-level management of some companies have gone to jail. Companies are now being more proactive in prevention as compared with merely being reactive earlier," said Arpinder Singh, partner and national leader, fraud investigation and dispute services, Ernst and Young India.

Independent directors and chief financial officers are particularly keen to ensure that fraud is stamped out, Singh said, especially given forthcoming legislative changes. The Companies Bill was introduced in Parliament last week.

“With increasing globalization, Indian companies are keen to follow global standards and do things the right way. In fact, they pay better than their global counterparts," Singh said.

While two years ago, the fraud investigation and dispute services business in India got 80% of its revenue from overseas companies, Indian firms now contribute 60%, he said, without elaborating.