Floods in Thailand have killed at least 562 people since late July, causing billions of dollars in damage and disrupting international supply chains for industries such as PCs and autos. 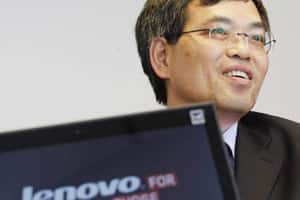 “We said that we would be able to source enough hard drives to meet customer demand ... Obviously there will be some cost implications, especially in the balance of supply and demand," Wong Wai Ming told the Reuters China Investment Summit. “We will try to manage the cost situation on one hand and are very confident that we will outgrow the market. At the same time we will make sure that it will not have a significant impact on profitability."

In the second quarter ending September, Lenovo’s gross profit margin was 12.2%, easing from 12.5% in the first quarter but up from 10.3% a year earlier, company data showed.

“We definitely want to hold if not improve our gross margin," Wong said in Hong Kong.

He said Lenovo aimed to improve its net operating margin from more than 2 % currently.

“I think there is obviously room for us to grow it to 3 or 4% over time," he said, but declined to provide a specific timeframe.

Earlier in the month, Lenovo posted its best quarterly profit in more than two years, helped by acquisitions and growth in sales in emerging markets such as China.

Lenovo, one of China’s best-known consumer brands, in June agreed to buy Germany’s Medion AG in an up to $900 million deal, its biggest acquisition since its purchase of International Business Machines Corp’s PC business six years ago.

The company, with net cash reserves of about $4 billion, continued to look for acquisitions, Wong said, but would not rely solely on mergers and acquisitions for growth.

“We definitely will continue to look for opportunities," he said. “We will not buy just for the sake of buying. Valuations are probably fundamental as well."