Mumbai: The two-year-old investigation by the market regulator into the alleged fraud committed by the promoters of the erstwhile Bank of Rajasthan (BoR), which eventually led to its forced merger with ICICI Bank Ltd, appears to be approaching its conclusion. 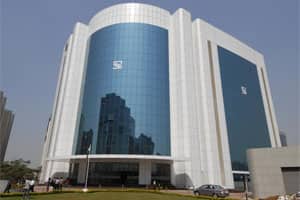 The directors have been given 14 days to respond to the charges or seek an out-of-court settlement under the consent order route. If Sebi penalizes the directors, under the current norms, the parties may have to pay a penalty of up to ₹ 25 crore or three times the profit made from the alleged practices, whichever is higher. Mint has reviewed the notice.

“Typically, show-cause notices are issued after a detailed investigation by Sebi, though such notices are not a presumption of guilt," said Jayant Thakur, a chartered accountant and securities market expert. “If the regulator finds the party guilty after taking into account their response, they may levy a penalty or take some adverse action. Given that Sebi has recently amended the consent order guideline, this case does not seem to be on the prohibited list, for which no settlement is permitted."

Introduced in April 2007, the so-called consent procedure is a type of out-of-court settlement between the regulator and a company without any admission or denial of guilt.

In May, Sebi had tightened the consent order mechanism by excluding serious offences such as insider trading from the purview of the mechanism.

Sebi’s notice came shortly after the Tayals sold or pledged a majority of their ICICI Bank shares to bail out debt-ridden group companies. These firms owe large debts to state-run banks and other entities. Tayal firms were able to transact in these shares after Sebi removed a two-year ban on the group trading in the share market, in March.

“Sebi sent the show-cause notices as part of the adjudication process," said the group’s P.K. Tayal. “We are in the process of replying to that."

He said that Sebi’s lifting of the trading ban in March suggested to him that the market regulator didn’t consider the transgressions significant.

According to people familiar with the development, the Tayals sold their shares through a series of open-market and off-market transactions in the last two months or pledged the shares with debtors to meet ₹ 1,500-1,800 crore of its obligations. They spoke on condition of anonymity as the matter is sensitive.

“The group was having financial difficulties primarily due to the adverse market scenario in the textile sector. The removal of the ban has helped the promoters to transact those shares and repay at least part of the debt," said one of the persons cited above.

Using this amount, Tayal group entities have paid at least ₹ 400 crore of interest due to banks, about ₹ 400 crore owed to bond holders, while some of the money has been used to revive group companies, said the people cited above.

Mint could not independently verify these transactions.

After the share sale, the Tayal group has been left with just a small stake in ICICI Bank, according to the people cited above. The Mumbai-based group had a total debt of ₹ 2,800 crore owed to around 15 banks as of March, according to them. Most of the group companies, engaged in textiles and real estate, have sought a recast of their loans from commercial banks.

Irregularities in the running of BoR first came to light in February 2010, when the Reserve Bank of India (RBI) imposed a ₹ 25 lakh penalty on the lender. It cited irregularities in the running of the bank, including acquisition of immovable properties, deletion of records in the bank’s information systems and conduct of some accounts, among others.

Soon after that, Sebi initiated a probe into the chain of transactions used by the promoters to hike their shareholding in the bank. In March 2010, Sebi banned 100 entities, including those related to the Tayals, from dealing in the securities market.

In its order, Sebi said the Tayals had increased their stake in BoR and that many of the promoter entities had made fund transfers or share transfers through off-market deals to various other entities “in a deceptive and fraudulent manner with the active connivance of others". The Sebi order alleged that besides these, the Tayals had indirect control of 100 different entities belonging to the Yadav group and the Silvassa group.

According to the regulator, the Tayal group had falsely disclosed its shareholding in BoR as 28.61% at the end of December 2009, while the promoters’ holding “had actually increased" to 55.01% by the end of the December 2009 quarter, the Sebi order said.

In last week’s show-cause notice, Sebi raised its reckoning of the promoter shareholding, along with the entities acting in concert, to 63.15% at that point of time.

According to the order, the Tayal group and its directors along with the Yadav and Silvassa groups “by their scheme defrauded the investors of BoR and the market at large".

Following the investigations, RBI forced Jaipur-based BoR, one of the oldest private sector banks in the country, into a merger with ICICI Bank in August 2010. The merger, valuing BoR at ₹ 3,000 crore, took place through a share-swap deal. BoR shareholders received 25 ICICI Bank shares for every 118 shares of the bank they held.

Given that the erstwhile BoR had a total of 161.3 million shares outstanding, at the stated holding of 28.6%, Tayal group entities held 46.1 million shares in the bank.

Post-merger, these firms would have received at least 9.7 million shares in ICICI Bank. This means that at Wednesday’s closing price of ₹ 852.45, Tayal group’s original holding in ICICI Bank would have been worth at least ₹ 826 crore.

But if the Tayal group was holding a 63.15% stake as alleged by the Sebi investigation, it would have received 21.58 million ICICI Bank shares. At Wednesday’s closing price, these would have been worth at least ₹ 1,839 crore.

According to the people cited earlier, the Tayals began selling shares in March 2012, soon after Sebi lifted its trading ban. In the order, the regulator said that an adjudicating officer “shall conclude the proceedings" and “pass an appropriate order on merits".

The Tayals took a controlling stake in BoR in 1999 after acquiring it a from a group of investors, mainly the Bangurs.