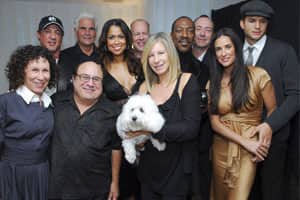 Earl, 56, the man who invented the Planet Hollywood restaurant chain in which the famous Hollywood actors like Sylvestor Stallone, Bruce Willis, Demi Moore and others have a stake, said, “We are expanding our restaurants and India, due to its strategic postion, was an obvious choice".

“We expect to open our first restaurant in Bollywood and the other four will be in New Delhi, Bangalore and other major metros," he said.

Planet Hollywood is about popular culture and the celebration of all forms of entertainment and Mumbai, which is home to Bollywood, is the huge capital of entertainment. That is what makes this a perfect marriage, Earl told PTI during the relaunch ceremony.

“PH hotels in India will be a unique idea like our other hotels. The moment a traveller will enter the lobby, it will create a mood that is both hip and frenetic. The rooms will not only be elegant, but we will feature memorabilia in each room and the rooms will be a tribute to a specific celebrity or film.

“No two guest rooms will have the same pieces in them, so with each return visit, you will have a different look in your room," he said.

“I am thrilled that we have found the right partners to open in India, a country that has huge potential for the Planet Hollywood brand," commented Earl, founder and chairman of Planet Hollywood.

“This franchise agreement will bring the excitement of Hollywood and combine it with the power of Bollywood in a very special way. It is a recipe for a huge success.

In line with the restaurant’s name, Earl said they would bring Hollywood stars such as Bruce Willis, Sylvester Stallone, Pamela Anderson, David Hasseloff, Paris Hilton, Justin Timberlake and many others and promised that the move “in itself will open up many avenues for both Bollywood and Hollywood stars and integrate them".

Each Planet Hollywood houses an amazing display of memorabilia from movies old and new, and the locations in India will be no different.

The Planet guest in India will be able to see what is happening in other Planet locations such as New York, Las Vegas, Orlando, London and Paris.

The company, which has many dishes named after Hollywood stars, plans to add the local Indian flavour by roping in some Bollywood stars as well.

Planet Hollywood’s foray into India comes in the wake of America’s $288 billion Wal-Mart, the world’s largest retailer, making a pitch for India’s largely untapped retail market. Food, jewellery and textiles form the bulk of sales in this segment, with a McKinsey report predicting that opening up foreign direct investment in this sector will help retail businesses to grow from the present $180 billion to $460 billion to $470 billion by 2010.

Foreign retail businesses now have to work through an Indian franchisee, but the Indian government is seriously considering opening up the sector. Foreign players have already been allowed into real estate.

“Our presence will bring the excitement of Hollywood and combine it with the power of Bollywood in a very special way," he said in a statement.

Worldwide, there are 28 Planet Hollywood restaurants spread across US, Paris, London, Dubai, Hong Kong and Beijing. The corporate locations are based in high-volume tourist areas such as Orlando, New York and Las Vegas.

Planet Hollywood was started by Hollywood superstars Stallone, Schwarzenegger, Willis and Moore, and has become a cauldron for celebrities and their watchers. Its restaurants typically serve American-style sandwiches and appetisers, and carry a wide range of themed merchandise.