Getting foreign visitors may be a challenge

Getting foreign visitors may be a challenge

New Delhi: Le Passage to India Tours and Travels Pvt. Ltd, a travel company in a 50:50 joint venture with TUI AG of Germany, has won the bid for the Commonwealth Games (CWG) travel office. Arjun Sharma, managing director of Le Passage and chairperson of the Indian Initiative of the World Travel and Tourism Council, explains the role of the CWG travel desk and talks about trends in tourism. Edited excerpts:

What does being the travel office of the CWG entail? 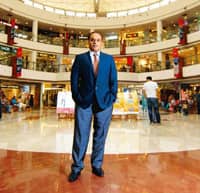 Centre stage: Arjun Sharma at Select Citywalk in Delhi. The mall is part of the family’s other businesses that also include hotels in Manesar and Goa; by his own admission, Sharma has a passion for all three and tends to do slightly more than his fair share of work. Pradeep Gaur/Mint

Are there any estimates on the number of people expected?

The final list of participants from various federations will only come by early September. Then the rush will start. Officials and athletes would make up about 12,000 to 14,000 people. The government estimates 100,000 tourists will arrive—a mix of domestic and international visitors.

What is your expectation?

Getting foreign visitors may be a challenge. Even the Beijing Olympics only had 50- 55% occupancy. Sports is now in your bedrooms on high-definition TV. Only those really interested in the Games will come. However, we feel there may be a lot of Indian and domestic visitors.

Will the action be confined to Delhi?

Mint Explainer: Why a corruption scandal in Ukraine has ...

How much did mutual funds invest in Adani shares?

No, our endeavour is to take people who come to Delhi to other parts of the country such as Rajasthan, the North-East, Ladakh and Kerala.

Has the tourism sector recovered?

(Last year) was the most challenging year for most businesses. However, tourism saw a revival at the fag end of November-December. The first quarter of 2010 was good and the country’s arrivals grew by around 7% to 8%. But the summer months look challenging. Clouds of recession seem to be looming again in Europe. India’s predominant share of tourists comes from Europe. The euro has weakened and lost close to 13% in the last five to six months. It takes away the purchasing power of the customer there. It is not clear how the economies of countries such as Greece, Spain, Portugal, Italy will do going forward.

When there is a targeted incident like the one in Mumbai, it affects tourism big time. The effect takes six to 12 months to wear out. But otherwise the customer is getting more resilient to these situations.

What is the actual number of foreign tourists in India—one million or the five million that’s flaunted and actually includes the non-resident Indians (NRIs) who come visiting?

There is nothing wrong in including the NRI. Ultimately, he is spending his dollars and adding to the economy of the country. India is no different from other nations who define a tourist as someone spending more than 24 hours at a location more than 200 miles away. So the tourist numbers in China are equally inflated. We are happy with the five million figure per se. But of this number, only 18% to 20% would be genuine tourists. A country of our nature has to stop worrying about the numbers really. We have to start looking at the contribution that a tourist—domestic or international—makes to the economy.

How much do they spend per head?

It’s a tricky question. The contribution of tourism to the Indian economy is nearly 6.2% of the GDP (gross domestic product), which is a very high number. Tourism globally is probably the biggest industry in the world. Our share of world tourism is less than 1%. So, I guess we have a lot to catch up with. In terms of foreign exchange earning, the industry earns around $12 billion (Rs54,720 crore). The contribution of domestic tourism to the economy will be much higher. We cannot discount those numbers today.

What about yield per person?

Yields are attractive. India is one country where the average stay of a foreign tourist is 16 to 17 days. The spend per tourist is high compared to other countries—though I don’t have the numbers off-hand.

But Le Passage is in inbound tourism

No, we now have an outbound business which contributes 20% to the turnover. Today, India’s outbound is around 13 to 14 million. By 2025, we expect it to be 50 million.

What is your favourite travel destination in India and abroad?

Goa, for us, remains supreme. We have a small home there. I am a big city person, so I like London and New York. But there is little charm in an international city. For me, the best holiday is a weekend at home with my daughter, who is 16 months old.

You also have a presence in retail and hospitality. Which business interests you most?

Travel is in the DNA so I enjoy that the most. But there are other family businesses—our mall Select Citywalk in Delhi, and two hotels, Heritage Village Manesar and Heritage Village Goa, which are run by CEOs (chief executive officers). But I have a passion for all three and tend to do slightly more than my fair share of work.

Will you expand the retail business?

Select Citywalk, which completes three years this October, is giving good returns on investment. The project cost was in excess of Rs500 crore. Of course, getting all the money back will take time. For retail, Mumbai is hot on our horizon. We could also look at the National Capital Region for another mall. But nothing immediately. Early next year, we will start building a hotel in Jaipur.

You are also an avid art collector.

I have never viewed art from an investment perspective. For me, it’s the pure joy of looking at it. I pick random as well as established artists but I don’t like viewing art through a cocktail reception. I saw a very nice show of Paresh Maity at Triveni Kala Sangam in Delhi. But what I bought were not his works but the 15 photographs of Maity at work. It has Maity on the ghat of Banaras, at the Qutab Minar and at the Madurai temple.

The thing I am trying to do is to bring art in the public domain through Select Citywalk. Too much art lies in the private domain—in people’s farm houses, bedrooms and drawings rooms. The fabulous shows at the Lalit Kala Academy and the India Habitat Centre attract only the diehard art fans. They don’t attract mainstream India. When you take art to a public building you open it to a whole new set of viewers.