Mumbai: Sequoia Capital India has invested ₹ 20 crore in Freecharge.in, the latest in a series of e-commerce sites that the private equity (PE) firm has been putting money into. 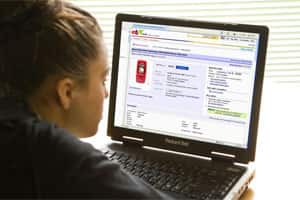 “About 90% of the country is on prepaid service and we are able to bring a lot of users online," said Kunal Shah, co-founder and chief executive of Accelyst Solutions Pvt. Ltd, the parent company of Freecharge.in.

India’s online retail market is valued at ₹ 2,000 crore and is projected to rise to ₹ 7,000 crore by 2015, according to the Associated Chambers of Commerce and Industry of India. The Internet and Mobile Association of India estimates Internet users at 110 million, growing at 13% overall year-on-year. Of them, only 10-20% buy online.

Sequoia made a seed investment for an undisclosed sum in Freecharge.in last year.

Since its launch in August 2010, Freecharge.in’s user base has grown to 1.5 million.

“This is a thin-margin and high-volume game, so you need to do a large value of transactions of say millions of dollars," said Mohanjit Jolly, managing director at venture capital firm Draper Fisher Jurvetson India.

Sequoia, which has about $1.4 billion under management, has invested in several e-commerce companies in India, including Fashionandyou.com, Healthkart.com and Freecultr.com. “We have made three investments in e-commerce which have been announced publicly and several others which we haven’t announced," said Singh.