New Delhi: Indo Rama Synthetics (India) Ltd, India’s second-largest synthetic fibre maker, posted a loss of ₹ 26.10 crore on Monday, as compared to a profit of ₹ 51.44 crore in the year ago period, primarily due to rupee depreciation, which increased the cost of raw material imports. 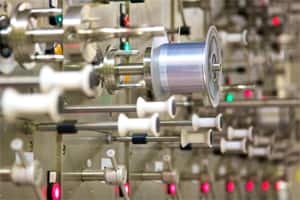 Profit after tax for the quarter was affected due to lower margins and mark-to-market losses of ₹ 105.05 crore in the quarter ended 30 June as rupee moved down to close at ₹ 55.62 per dollar from ₹ 50.88 per dollar at the start of this quarter, the company said in the statement.

The sales for the company rose by 21.51% to ₹ 754.13 crore as against ₹ 620.65 crore in the corresponding quarter last year. “Our export demand went up by almost 40% this quarter as compared to the previous year, whereas domestic demand went by 15%," said Lohia.

Lohia said the company has successfully implemented cost optimization and margin improvement projects, which will significantly add to the bottom line in the current quarter.

“We have invested in an 11 megawatt captive power plant, which will be commissioned in this quarter apart from installing additional equipment to increase the production capacity for our value added product Draw Texturized Yarn from to 98,145 tonnes per annum from 64,800 tonnes per annum earlier," added Lohia. “These investments will start paying off from now on, so we expect much better quarters going ahead."