Mumbai: Germany’s Metro Cash & Carry Thursday said it will open 8-10 stores in the country annually in the next four years, with an investment of around ₹ 2,400 crore on the stores.

“I think the time for expansion has come. We will open 8- 10 stores a year for the next four years in the larger towns with a population of more than a million people," Metro Cash & Carry managing director (MD) Rajeev Bakshi told reporters here. 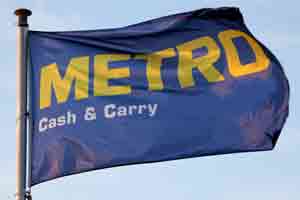 Explaining the expansion plan, he said that the firm will open a store in Jalandhar in December, one in Delhi in January and another one in February at an undisclosed location.

The firm Thursday opened its eighth wholesale distribution centre in India at Borivali in Mumbai, built at an investment of ₹ 60-70 crore.

The new centre will offer tailored assortment of 10,000 products (food and non-food) to business customers in Borivali, including hotels, restaurants, caterers, traders and small offices, the company said.

The distribution centre is spread over four acres and has a selling space of approximately 60,000 sq feet, Bakshi said.

On the expansion plans in Maharashtra, he said, “there are other places like Nagpur, Thane and Nashik. There are no firm plans to open stores here but they are under consideration."

Asked if the company will get into business to consumer space, he said, “Our core business is cash and carry.

Internationally our focus has been on cash and carry. We think in India cash and carry is a bigger opportunity. So we are not interested in this short term to get into B-2-C segment."

Metro Cash & Carry entered the Indian market in 2003 and at present operates six wholesale distribution centers, including two each in Bangalore and Hyderabad, and one each in Mumbai, Kolkata and Ludhiana.

The company is present in 30 countries with around 700 self-service wholesale centers. It employs over 100,000 employees worldwide.