Mumbai: The world’s second-largest branded tea company, Tata Tea Ltd, plans to introduce a fortified version of the Himalayan mineral water brand and take it overseas to make up for the loss of its stake in Glaceau, which could have powered its growth in the $5 billion (Rs21,300 crore) global market for vitamin-enriched or health beverages. 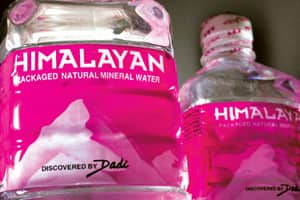 The company last year sold its 30% stake in Energy Brands Inc of the US, owner of the Glaceau beverage brand, to Coca-Cola Co., but soon acquired Himalayan after buying 31.73% of Mount Everest Mineral Water Ltd. Coca-Cola bought Energy Brands.

“We are considering getting into the functional and enhanced water space as it is a fascinating market," said Pradeep Poddar, managing director of Mount Everest Mineral Water, adding that the plans are in line with Tata Tea’s ambition to enter the so-called health-and-wellness beverages market.

“We are also looking at taking the brand globally and will also create newer brands apart from Himalayan to straddle the entire consumer pyramid," Poddar added.

The company last month re-launched the Himalayan brand in India with a new packaging in an attempt to garner a larger share of the domestic market as well as build the brand’s foundation before venturing abroad.

India’s packaged drinking water market is growing at 25% per annum, estimated to be worth Rs8,500 crore in 2007 and expected to grow to Rs12, 364 crore by 2010, according to Datamonitor Plc. More than 70% of this market is unorganized and dominated by local and regional players.

Globally, the company plans to launch the Himalayan brand in markets such as Western Europe, North America, West Asia and Far East through the distribution network of subsidiaries such as Tetley in the UK and Eight O’Clock Coffee Co. in the US.

“Tata Tea has deep reach and distribution in the UK and this could be leveraged for Himalayan as well," said Nabunkar Gupta, founder and CEO of Nobby Brand Architects and Strategic Marketing Consultants.

“Mineral water always fetches a premium price abroad compared with coloured water. Tata Tea might position the brand similar to Danone’s Evian on a health platform as the word ‘Himalayan’ can definitely ring a bell in anyone’s mind," he added.

Mount Everest Mineral Water also plans to piggyback on other Tata group companies apart from Tata Tea. “For instance, Himalayan brand could be sold through Taj Group of Hotels globally or through Trent and Croma retail outlets in India," Poddar added.

The move was expected given that Tata Tea had paid a steep price for the Mount Everest deal with the aim of leveraging the Himalayan brand abroad, analysts said.

“Mount Everest is the only known brand in the domestic natural mineral water segment and is primarily present in the institutional segment, with supplies to top hotels, including Tata’s Taj group of hotels," said Anand Shah, an analyst at Angel Broking, a Mumbai-based brokerage. “The brand holds a lot of potential and there is a huge demand for natural mineral water in Europe and the US," he added.