New York: Facebook aims to connect all two billion Internet users. So far it has captured 845 million of them. Of the rest, nearly 60% live in Asia and hooking them is going to be a daunting challenge.

A block on access in China, court cases in India and rivalry from other services elsewhere in the region stand between Mark Zuckerberg’s Facebook and more than 700 million users.

“The size of our user base and our users’ level of engagement are critical to our success," Facebook said in its SEC filing for an initial public offering. Quoting industry data that there were two billion Internet users globally, it said, “We aim to connect all of them." 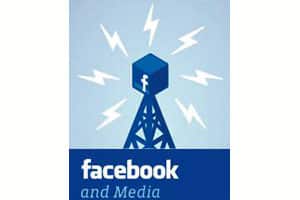 In markets such as the United States or Britain, where more than half of the population already have accounts, user accounts grew less than 2% in the past six months, data from Internet metrics service Socialbakers Ltd show.

Over the same period, Facebook gained a third of its users in India. Countries like India are where Facebook is looking for growth: even though India is now home to the second-largest Facebook community in the world, less than 4% of Indians have an account.

Social networks are not new to India: for several years Google dominated with its Orkut service, but since mid 2010 has been in retreat. Google’s own estimates show traffic to Orkut fell from 3 million unique visitors per day to less than 1 million in the past year. Facebook, meanwhile, has risen from 6 million to 13 million over the same period.

Partly this was because Orkut failed to add new features to keep users engaged, said Amit Agarwal, a long-time Indian blogger and columnist. But there’s also a generational shift taking place, he said.

Orkut has primarily been for teenagers and students, he said, whereas attend any social gathering in urban India today and you will hear moms and dads asking to be tagged on any Facebook photos posted. “That’s a sea change," he said.

And Indians are passionate users. Of some 3,000 students and employees in 14 countries surveyed by network equipment manufacturer Cisco late last year, more Indians check their Facebook page at least once a day – 92% of those surveyed - than any other country surveyed.

But there are obstacles. New Delhi’s High Court is hearing a challenge by Facebook, Google, Yahoo and others after a lower court ordered them and other Internet companies to remove material considered offensive.

Legal sources say the case has a good chance of being taken to the Supreme Court regardless of the ruling. Facebook, Google and others would be forced to monitor each post if the court order is upheld, said a source close to one of the companies fighting to have the case thrown out. “It would be impossible to do that," he said.

India’s proportionally small Facebook community – 4% of the population compared to 29% in the Philippines or 27% in Thailand - offers room for growth, assuming that Internet access also grows.

Some 80% of the population is not yet Internet savvy, said Asheesh Raina, principal research analyst at Gartner Inc. That means the potential for Facebook has no limit, Raina says, “for the next five years."

But it’s not quite clear what happens after that. Perhaps a model for how India may fare can be found in Indonesia. Until recently it had more users than India, despite having only a quarter of its population and about a third of its Internet users.

But some in Indonesia say Facebook needs to be more proactive if it wants to see growth continuing at the same clip. Social-media strategist Enda Nasution said that part of the problem is the distraction offered by rivals: Twitter, for example, has its fifth largest user base in Indonesia, social media research company Semiocast SAS said.

To combat this, Nasution said, Facebook needed to start thinking of itself as more of a utility, contributing to the infrastructure that would boost usage. He pointed to a recent initiative by Google to help local enterprises register and set up websites as a way to foster more Internet activity.

In its SEC filing, Facebook identified other countries with potential for growth. Brazil has grown even faster than India in the past year, 268% against India’s 132%. Facebook is also looking to Russia, Japan and South Korea, where it says less than 15% of Internet users have Facebook accounts.

But it’s China that is Facebook’s biggest opportunity and its biggest challenge. Despite having around half a billion Internet users, only a tenth of 1% of them are on Facebook. This is primarily because access to Facebook is blocked, something the company said in its SEC filing it was addressing, without offering specifics.

“We do not know if we will be able to find an approach to managing content and information that will be acceptable to us and to the Chinese government," it said.

Facebook is unlikely to give up trying. It says it has “a dedicated policy team that monitors legal and regulatory developments and works with policymakers and regulators around the world to help ensure that our perspective is heard in matters of importance to us."

To get into China will involve making some major compromises on the way, in terms of allowing China some control over what its users post and read, says David Kirkpatrick, a Fortune columnist and author of “The Facebook Effect," a history of the website.

“I think Zuckerberg knows he has to have China if he’s going to be a truly global Internet service, and as a result he will do whatever he has to do to bring Facebook in here," Kirkpatrick said in an interview.

Options might include partnering with an existing service, or copying a company like Viadeo, a more business-oriented social networking service, says Jon Russell, Asia editor of startup news site The Next Web.

France-based Viadeo bought local player Tianji in 2007, giving it a foothold in China, which has now grown to be the group’s biggest market and main focus. “That’s the kind of approach that rumours suggest Facebook would adopt," says Bangkok-based Russell.

Twitter, which is also blocked in China, gets hundreds of millions of unique visits each month from users. While none are Facebook lookalikes, Chinese users are familiar enough with social networking to present a ready market when and if Facebook is unblocked.