Mumbai: The constant tussle for top position between Star Group Ltd’s Star Plus and Viacom 18 Media Pvt. Ltd’s Colors in the general entertainment channel (GEC) space is throwing a wrench in the long-term plans of media buyers, as they try to optimize advertising budgets for their clients. After years of Star’s dominance of the space, based on viewership ratings of its programmes, media buyers are now grappling with the constant change at the top spots from April. 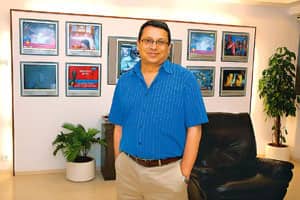 Data from TAM Media Research Pvt. Ltd, a Mumbai-based television audience measurement firm, for the week ending 18 April showed Colors as the top Hindi general entertainment channel with 285 gross rating points (GRP)—the sum of viewership ratings over a specific period, followed by Star Plus with 274 points and Zee TV with 232.

Star Plus bounced back the following week, taking the top spot with 280 GRP. Colors was a close second with 256 points. Data for the week to 2 May, the latest available, also shows Star in the lead.

Manas Mishra, executive vice-president, Connext, the media specialist arm of advertising agency Mudra Group, says this see-saw for the top position is forcing advertisers to buy space across general entertainment channels so they can guarantee the reach their clients need, as opposed to one or two channels in past.

“Advertisers are also concerned about this situation since media buying isn’t programme-led yet. While a set of programmes are chosen in a media plan, deals are often done for a bouquet of programmes across time bands on the channel," Mishra said by email. Advertisers such as Sameer Satpathy, head-marketing, Marico Ltd, said they are monitoring weekly swings and taking corrective action on their media plans.

Total television ad spend is about Rs9,000 crore annually, says Punitha Arumugam, chief executive of Madison group, a large media buying house. Of this, annual ad spend in the GEC space is at least Rs2,500 crore, and she estimates that Star commands at least Rs800-900 crore of this.

That’s the kind of revenue Colors is vying for and, hence, being number one is crucial for both, says another media buyer who, too, did not want to be identified.

But Rajesh Kamat, CEO, Colors says: “We had initially signed short-term deals for the first six-eight months. However, since April when we have stabilized in the 270 gross rating point-plus bracket, we are signing annual deals."

Star’s Shankar said while short-deals would favour media buyers as these would give them flexibility to negotiate terms regularly and play one broadcaster against the other, Star continued to have long-term deals with advertisers.

Such fluidity in viewership empowers advertisers to push for accountability from channels, said Prasanth Kumar, managing partner at media specialist GroupM India Pvt. Ltd, one of the largest media buying houses in the country. “There is no firm leadership here. You can go with either or choose the best of both."