Mumbai: Reliance Infrastructure Ltd (R-Infra), an arm of the Anil Ambani-led Reliance Group, is scouting to buy some road projects from developers who have not been able to complete the works due to a lack of money, said chief executive Lalit Jalan.

R-Infra is eyeing around 20 such assets and hopes to conclude some deals this fiscal year, said Jalan while announcing the firm’s March-quarter earnings on Friday.

“There are assets that are two-thirds complete but the developers now have no money," Jalan said. “Many of them have put their assets on the block." 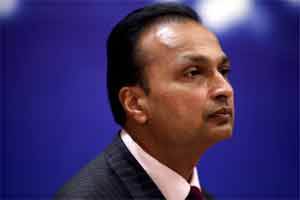 Jalan said any acquisition will be in-line with the internal rate of return, or IRR, of 20% that R-Infra’s enjoys on its existing road projects portfolio.

R-Infra’s net profit growth was muted due to higher expenses and finance costs. Net profit inched up to ₹ 411.46 crore in the quarter ended 31 March from ₹ 410.88 crore a year ago and from ₹ 408.32 crore in the preceding October-December quarter.

Revenue almost doubled from a year ago to ₹ 7,135.31 crore. But finance costs also doubled year-on-year to ₹ 419.30 crore. The company’s total expenditure rose 84% from the year-earlier period to ₹ 6,740 crore.

The rise in interest outgo, according to Jalan, was a result of more of its infrastructure projects coming onstream. R-Infra has long-term debts to the tune of ₹ 11,000 crore and a short-term debt of ₹ 6,000 crore, he said.

The company’s net profit was marginally below market expectations.

A consensus of R-Infra’s earnings estimates put out by various analysts and compiled by Bloomberg had pegged its net profit at ₹ 457 crore. Its revenue, however, surpassed the consensus estimate of ₹ 6,130 crore.

R-Infra’s EPC and contracts business was the major contributor to its topline and profitability in the January-March quarter.

Revenue from the segment grew around five-fold to ₹ 4,141 crore.

Most of R-Infra’s EPC contracts pertain to power projects being built by Reliance Power Ltd (R-Power), another group firm in which it holds an equity stake. With more of R-Power’s projects progressing on the ground, R-Infra’s EPC business did well.

Kumar of SBICap said that with a large portion of the regulatory overhang on the company’s electricity distribution business being out of the way, its earnings from that business should improve going forward. Regulatory uncertainty largely pertained to certain key approvals that were awaited from the electricity regulatory commissions of Maharashtra and Delhi, including tariff hikes.

Some of the approvals are in place and others are expected shortly, the company said in a statement.

“At current valuations, R-Infra is a more favourable pick than other infrastructure companies," Kumar said.

On a sequential basis, however, R-Infra’s electricity and the EPC and contracts businesses saw operating profits decline, and losses from the infrastructure business widened.

Jalan said sequentially lower sales from the electricity business was a function of seasonality, and lower segment profits from the business, along with the EPC division, was due to higher allocation of costs on account of these businesses in the final quarter of the fiscal year.