"storyDirectUrl"
OPEN APP
Home / Companies / Michael Perschke | For India, the horn is a category in itself

Michael Perschke | For India, the horn is a category in itself

Michael Perschke | For India, the horn is a category in itself

Mumbai : Michael Perschke, director at Audi India, has reasons to be optimistic. After a year of record sales, Audi has grown rapidly by 33% in the first two months of 2012 and plans to sell 8,000 cars compared with the little over 5,000 they sold last year. The German automaker launched the Audi TT Coupe in Mumbai on Friday on the first day of the two-day Mint Luxury Conference at the Taj Land’s End hotel and will soon bring in the Q3 sports utility vehicle (SUV). Perschke spoke in an interview about the car company’s target of getting ahead of German rivals, Bollywood’s role in pushing their brand and why the company is paying special attention to horns. Edited excerpts:

Your growth was spectacular last year. 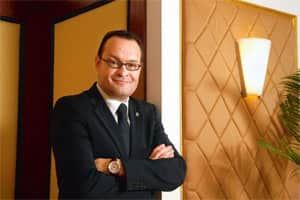 In the West in recent times, there has been a strong movement against SUVs because of their energy consumption. So, would India be one of the easier, uncontested markets for SUVs?

We need to be careful about what is fact-based and what is psychologically pushed by a few individuals. SUVs might consume a bit more than a passenger car but how much more? An efficient diesel SUV like Q5 can run 15-17km on a litre depending on how you drive it. That’s not so bad. The SUV has been beaten up a bit too much in Europe. In our budget, the big car imports got hit the most. It hurts but it is not going to change my life. SUVs are an accepted concept in India from when they were a backbone of transportation in rural areas.

Is there going to be a change in the positioning of your brand and your relationship with a customer?

We will continue probably building our brand for 10-15 years. In India, there are plenty of opportunities even if the bureaucracy does not allow you to emerge as quickly as you could. Incomes are rising 8-12%, unlike in Europe where the average salary rises 1-2%. Every year people become 10-15% richer, and despite inflation, our category prices don’t increase that fast. I see the macroeconomic factors are positive. Micro… the budget is not giving the auto industry a thumbs up, but that will be overshadowed by the long term macro outlook. You have to educate and entertain with the brand; put it in people’s minds that when I can afford a car, this is the brand I want.

As far as customers are concerned, to give you an example, our cars are not submarines—people drive through one metre of water and then complain of trouble. Even a luxury car cannot beat the rules of physics. So we have rigid processes and go the extra mile in India because the luxury customer here has a high service expectation. We have to enhance the post purchase experience.

Do you think your position as the No. 3 German automaker in India will change this year?

We can talk about confidence levels, which we have. We have been No. 1 in China for 21 years; in Europe in nearly all countries we are No. 1 already. Last year, India for Audi was the fastest growing market worldwide. The question is, what is our expectation, when do we want to achieve it, how much are we willing to invest. We have a strategic target— 2015 global No. 1, 2015 India No. 1. We are on that path. We are through the first hours of the race. If you go too hard on your metal, too fast, you are going to burn it. We know what we are doing and we have No. 1 fairly in sight.

At the conference there was some criticism about the design of the Audi’s rear seats, considering a lot of urban users have chauffeurs. 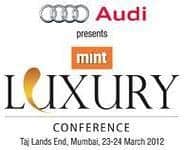 Obviously for India, the horn is a category in itself. You take a European horn and it will be gone in a week or two. With the amount of honking in Mumbai, we do on a daily basis what an average German does on an annual basis. These are certain features you have to come up with to comply with Indian conditions. The horn is tested differently—with two continuous weeks only of honking, the setting of the horn is different, with different suppliers.

Bollywood has helped Audi in a unique way.

Probably in India, we have been more spot-on for many reasons: The Q7 was a product Bollywood was waiting for—they loved it. John Abraham was one of the first to buy that car. He wanted it even before we entered the market. He recommended it to others. It created a certain aura for Audi and since they all are based in Mumbai, with close access to media, Bollywood has worked well as a package for us.