“The two-three-year target is that we will have $1 billion assets under management," chief executive officer (CEO) Bikram Sen said.

Sen is a former CEO of DHFL, the third largesthousing finance company in India. 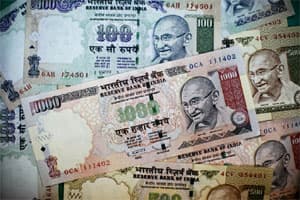 The firm is currently negotiating to take over an existing infrastructure fund along with its team. “However, these are just initial talks and no time line can be given," said Sen, declining to give any further details. “We intend to raise about Rs1,000 crore gradually to invest in infrastructure. The third real estate fund will be around Rs1,000 crore."

DHFL’s plans to expand its asset management business comes after six years since it raised a seven-year Rs101 crore fund in 2005. The fund has so far made 13 investments across residential and commercial assets and has exited seven of them.

DHFL was the anchor investor in the fund while the rest was raised from rich individuals and five domestic institutions including General Insurance Corporation of India and Corporation Bank. ArthVeda intends to tap overseas investors in some of its future funds.

“Developers have had limited success in raising real estate funds in the past," said Amit Goenka, national director, capital transactions, Knight Frank India Pvt. Ltd. “The biggest challenge in execution of this strategy is the conflict of interest that it poses."

Some of the other developer-backed funds include CIG Realty Fund of the Unitech Group and a fund launched jointly by investment bank UBS AG and K. Raheja Corp.Ackruti City Ltd also plans to raise a real estate fund.

“Foreign investors have apprehensions about investing in developer-backed funds as they have a poor perception of corporate governance and transparency of such funds," said Sunil Rohokale, chief executive and managing director, ASK Investment Holdings Pvt. Ltd, which manages a real estate fund. “The basic question is when you are a developer, why will another developer take your money?" asked Rohokale.

High inflation, high interest rates, poor governance and a depreciating rupee are making investors wary about earning good returns. “It will be a herculean task to raise funds in this environment," Rohokale said.

Typically, investors in PE funds expect 20-25% returns, but the return expectations have now come down to 15-18%.

“We are focused on launching funds which will give investors alternatives to the existing products in the market," said Sen of ArthVeda Fund Management. “We don’t want to be just another fund jostling for space."