Chennai: Troubled education firm Everonn Education Ltd.’s co-founder P. Kishore is stepping down from the board as well as resigning as managing director, the company informed the Bombay Stock Exchange (BSE) on Tuesday. 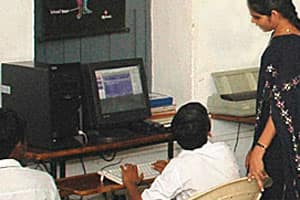 A company statement to the BSE also said Dino Varkey of Dubai-based Varkey Group Ltd, which now has a 38% stake in Everonn, and Rakesh Sharma, chief financial officer of Varkey Group’s GEMS Education unit, were appointed as additional directors of the company.

“It will be a month before the two companies (Varkey and Everonn) meet the media together as this is a transition period," Bindu Dijenderanath, head of Everonn’s corporate communications, said by phone.

Kishore, who faced arrest in August by the Central Bureau of Investigation (CBI) over allegations of bribery and tax evasion, was released on bail in October.

After Kishore’s arrest, Everonn sold a 12% stake to Dubai-based Varkey Group for Rs138.23 crore. Varkey subsequently picked up 6% from the open market and 20% through an open offer in December at Rs.528 a share.