It has been 20 years since the Christian Louboutin label was launched in Paris. The iconic French footwear designer says that when he started out he really wanted to design shoes for the cabaret. As part of his label’s 20th anniversary celebrations this month, in collaboration with Parisian cabaret Crazy Horse, Louboutin took on the role of a guest creator and has put up a show that he hopes will be exciting. Next, in early May, the Christian Louboutin design retrospective opens at the London Design Museum. In India currently to attend the Mint Luxury Conference starting on Friday in Mumbai, Louboutin, who will speak on Saturday, tells us how he is already on top of the game when it comes to understanding what the Indian luxury consumer wants and why Connaught Place is an opportunity lost. Edited excerpts:

It’s been almost a month-and-a-half since the India store has been open. What are Indian women looking for when they walk into your store? 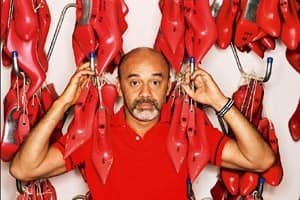 Sales mantra: Louboutin says it is very important that everyone at his store is extremely nice to people, whether they can buy or not. Photo by Stephan Gladieu.

You have worked with Indian craftsmen through Vastrakala, a Chennai-based embroidery house run by Frenchman Jean François Lesage. How was the experience?

I never just send a design and ask craftsmen to implement it blindly. For me techniques are so important. It was interesting because I had a chance to work with artisans and handicrafts, people here and I had to see what they do, how they do, and then design accordingly so that they could turn the design around in the best way. I knew about all the techniques they were using, but it is always much better to be on site and see how they are working. I believe that gives me as a designer other possibilities to explore based on the craftsmen’s skills.

India has been an inspiration for some of your designs…

Yes, well I have been coming here since the 1970s. Sometimes it’s the colours, the techniques in embroidery or sometimes it’s your cinema that has been inspiring. India has so much diversity in terms of handicrafts, colours. From the Devidas, Torreo, to now the Bollywoody, from time to time India does show up in my designs.

What took you so long to set up a store here?

Basically I have been going first to places where I have had stockists earlier to set up stores. In India, my shoes have never been sold before this, since I had no stockist or big luxury chain of departmental stores selling my designs.

Why did you decide on Delhi? 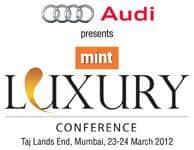 Between opening a store in a retail space dedicated to luxury and a luxury hotel that offers space for a boutique, which would you choose?

I have been looking around for the location of stores in India, but I did not like the idea of setting up a store in one hotel because it is a very specific passage. Even outside the hotel space it was very tough to zero in on a specific spot. There is no destination, like a full street, dedicated to luxury design houses here. I mean, for example, a place like Connaught Circus could have been wonderful. But the way that space is right now a Louboutin store would have got lost in it—a luxury brand in the middle of all the local stores would not work. But if it were to be developed, then in terms of visibility, heritage, Connaught Place is a nice space.

In the luxury retail space, are sales people the key to providing the right experience?

Definitely they are a part of the luxury experience. Luxury is not just about spending money alone. I just never understood, and I am not talking about India, but Paris, France, that when you go to buy something in a luxury store, the sales staff looks at you from head to toe and thinks “Why do I bother?" (snorts). You don’t have that type of attitude when you are selling. I think it is very important that everyone at my store is extremely nice to people, whether they can buy or not. I want that 18-year-old who cannot afford to buy my designs today to have a great experience at my store—to enjoy the designs and think that someday there is a possibility that she can buy these shoes.