Bangalore: Citymax Hotels Pvt. Ltd, the hospitality business of the Dubai-based Landmark Group, will spend ₹ 75 crore to open 80 franchised outlets of Krispy Kreme doughnuts over the next five years. 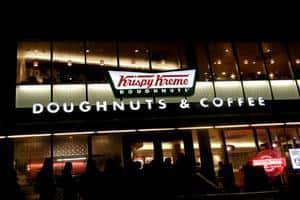 In June, the New York-listed Krispy Kreme Doughnuts Corp. said it had signed a franchise agreement with Citymax to open its coffee and doughnut stores in the southern and western regions of the country following a similar accord with Bedrock Food Co. Pvt. Ltd to open 35 stores over the next five years in northern India.

Citymax will open the first Krispy Kreme store in Bangalore before the end of this year, followed by an outlet in Mumbai. It will also open stores in cities such as Pune, Hyderabad and Chennai later, Sawhney said.

Krispy Kreme’s entry in India follows that of US rival Dunkin’ Donuts, which opened its first store in the country in May. The world’s biggest coffee retailer, Starbucks Corp, has also said it will open 50 stores in India this year.

Sawhney said the company does not have sales targets for the outlets, but will focus on increasing volume by setting “competitive prices" and through marketing spend, which will account for 4-5% of the ₹ 75 crore outlay over five years.

“Our capacity is in the tune of 270 dozen (doughnuts) per hour. That’s the kind of production capability we have invested in," Sawhney said.

The ₹ 75 crore will come from the parent company Landmark Group, which also runs the Max Hypermarket and Lifestyle supermarket chains in India.