New Delhi: India on Friday opened the commercial bids for the proposed deal to acquire 126 medium multi-role combat aircraft (MMRCA) for the Indian Air Force (IAF), but didn’t announce which vendor was lower on unit costs.

Six vendors—Boeing Co. and Lockheed Martin Corp. of the US, RSK MiG of Russia, Dassault Aviation SA of France, Saab AB of Sweden and European Aeronautic Defence and Space Co. (EADS), a consortium of companies from Germany, Spain, Italy and the UK—had been in the running originally. 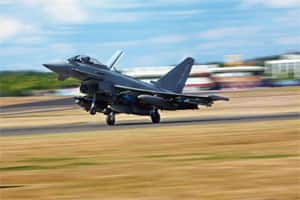 The bids from the two contenders were opened in the presence of representatives of the defence ministry, IAF and the companies, defence ministry spokesperson Sitanshu Kar said.

“With the opening of bids, the process for selecting the lowest bidder has begun," Kar said. He added that during the meeting, both vendors were notified about the other’s cost per unit. He, however, declined to comment on the figures, citing confidentiality clauses.

Kar also declined to comment on where each vendor stood in relation to the benchmark price determined by the defence ministry. Benchmarking refers to the process by which the reasonable cost range of acquisition is determined. The defence ministry had completed this process in October.

Officials said that after benchmarking, the final cost of acquisition could be significantly higher than the originally anticipated cost of Rs42,000 crore.

A person with direct knowledge of the matter said that Dassault was “marginally lower" on the unit cost. Mint could not independently confirm this.

“Our offer for India’s medium multi-role combat aircraft tender is backed by the four Eurofighter partner nations, as well as their respective aerospace and defence industries. It is competitive and designed to deliver maximum value to India," Cassidian, the defence and security subsidiary of EADS, said in a statement. “Our proposal to make India a full partner in the Eurofighter programme is fully supported by Germany, the UK, Spain and Italy."

Both aircraft were in action this year when the North Atlantic Treaty Organization enforced an air embargo over Libya and bombed targets and resources belonging to the North African country’s former ruler Moammar Gadhafi.

If India chooses the Rafale, it will be further cementing defence ties with France. India already has the French Mirage 2000 aircraft in its air force inventory.

In case it opts for the Eurofighter Typhoon, India will be deepening its defence ties with several European countries instead of one—in the words of Germany’s outgoing ambassador to India, Thomas Matussek. The reference is to EADS, which manufactures the Eurofighter, being a European consortium of firms from four nations. But one of the negatives that could possibly go against the consortium is that it sources parts, components or sub-systems from more than 100 countries. And a delay by any one or more could affect the supply of critical spares that could lead to the fleet getting grounded.

Analysts say India will be making its choice based on the best available technology, and commercial and offset proposals by the vendors.

“Both are European-manufactured, so there is no question of strategic implications (that) there would have been if the competition was between Russian and US companies," said Deba Mohanty, an analyst with Delhi-based Observer Research Foundation. “I think the most important consideration will not be political or strategic in that sense. It will be based solely on the satisfaction of the end-user—the Indian Air Force."

Former foreign secretary Lalit Mansingh concurred. “I think the only message that is being sent out is that India has reached a stage where it can buy the best technology. India can choose quality and not go in for bargains. There is also the transfer of technology. I think India will choose the best technology and the vendor who allows for substantial manufacture of the aircraft in India under the transfer of technology clauses," he said.

Former IAF chief Fali H. Major said the very fact that the two are shortlisted means they are both good machines and now it is only a question of costs. “As far the Indian Air Force is concerned, it does not really matter," he said. “In my reckoning, it (choosing the winner) should happen in the next one or two months."

Major said he does not agree that the MMRCA purchase should be scrapped for the fifth-generation joint strike fighter F-35, offered by the US to India this week.

“I don’t subscribe to that," he said, adding that this could be the view of some “vested interests".

“Because there is an FGFA (fifth-generation fighter aircraft) programme with Russia, we already have the agreement and you cannot compare the two (fighter jets)," Major said.