New Delhi: Aurobindo Pharma Ltd has agreed to buy the dermatology business and three manufacturing units of Sandoz, the generics unit of Swiss drug maker Novartis, for as much as $1 billion, the Indian company said, in a deal that makes it the second-largest maker of generic prescription drugs in the US.

An initial $900 million cash payment to the Basel-based Novartis could be followed by $100 million in performance-based payments. Aurobindo will finance the deal through a fully committed debt facility. The acquired business had sales of $1.2 billion in 2017. 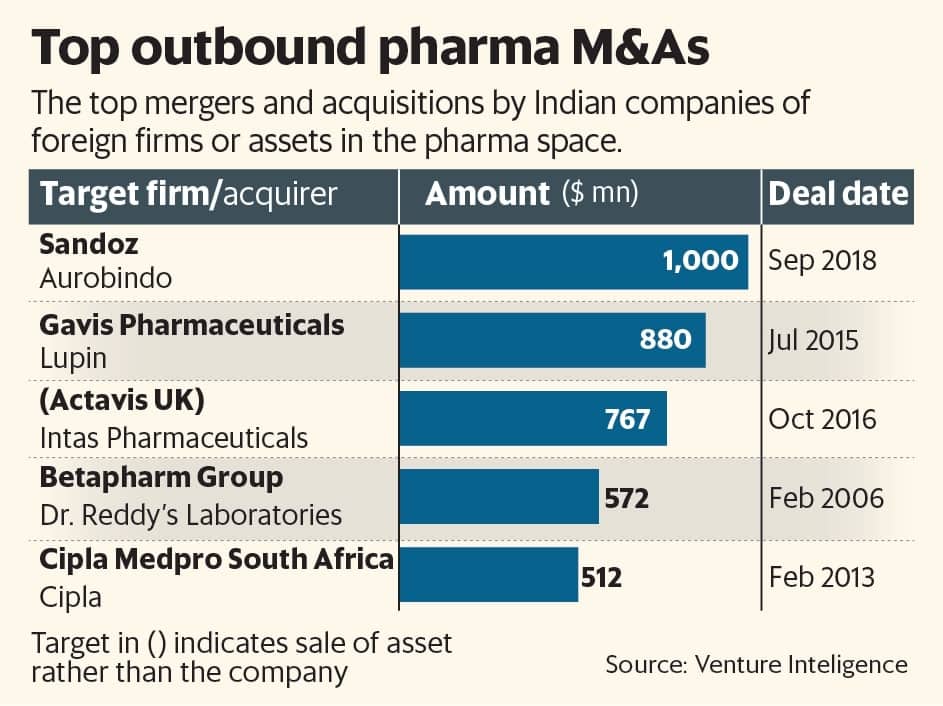 The transaction, the largest outbound pharma deal by an Indian company, includes a portfolio of oral solid products, along with its commercial and manufacturing infrastructure, Aurobindo Pharma said in a statement on Thursday.

The transaction will catapult Aurobindo to the second position in the dermatological drugs segment as well as the second-largest generics company in the US by prescriptions, said N. Govindarajan, managing director of Aurobindo Pharma.

“Acquiring these businesses from Sandoz will allow us to expand our product offering and become a leading player in the generic dermatology market," Govindarajan said. “We expect a seamless integration of the acquired businesses with the rest of the Aurobindo group, given the success we have achieved in our acquisitions to date."

This is the second overseas acquisition by Aurobindo in less than two years. In January 2017, it had agreed to buy Portugal’s Generis Farmacêutica SA from Magnum Capital Partners for €135 million.

Mint was the first to report on the Sandoz transaction on 7 May. The report said Aurobindo was the only Indian bidder for Novartis’s assets. The transaction also drew interest from several global private equity players, as well as strategic bidders.

“The acquisition will add approximately 300 products, including projects in development, as well as commercial and manufacturing capabilities in the US," the company said.

Novartis chief executive Vas Narasimhan, who took over the reins of the Swiss drug maker on 1 February, plans to focus on higher-margin drugs.

The previous largest outbound deal by an Indian company in the pharma segment was the acquisition of Gavis Pharmaceuticals Llc and Novel Laboratories by Lupin Ltd for $880 million in 2015.

In 2016, Aurobindo unsuccessfully bid for Teva’s Actavis UK Ltd and Actavis Ireland Ltd units. It was pipped to the post by domestic rival Intas Pharmaceuticals Ltd, which paid close to £600 million (around ₹ 5,000 crore) to bag the deal.

Other notable transactions in the outbound pharma space in recent years include Cipla Ltd’s acquisition of three products from Teva in the US. In November 2016, Aurobindo Pharma had also acquired a few products from Teva’s France portfolio.