Three aircraft from Paramount’s fleet of five have already been de-registered by the DGCA this month after a similar dispute with GE Commercial Aviation Services Llc (GECAS), part of the conglomerate General Electric Co. 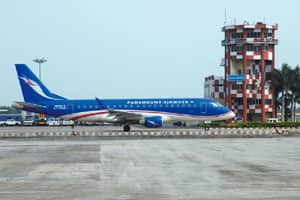 Dues pending: The Supreme Court on Tuesday dismissed Paramount Airways’ petition asking for a stay on the de-registration of aircraft. Hemant Mishra / Mint

Airlines cannot fly planes that are de-registered by the regulator. Paramount is currently running its operations with a single aircraft as the fifth plane is under maintenance.

“The owners (ECC) have asked for de-registration of VT-PAB and VT-PAC aircraft this week," said a DGCA official who did not want to be named.

The regulator will send a show-cause notice to Paramount and seek relevant documents, the official added. A second official confirmed the development on condition of anonymity as he too is not authorized to speak with the media.

A Paramount spokesman said the dispute with ECC had gone to the courts in December. “Subsequently we are in discussions with them. We haven’t got further information from them or DGCA," he said.

Paramount initially approached the Delhi high court to challenge DGCA’s de-registration of the three GECAS aircraft. It moved the apex court after the high court refused to interfere.

Senior advocate K.K. Venugopal urged the Supreme Court to allow Paramount to fly the planes, and made an offer of depositing $1 million (Rs4.49 crore). But a bench headed by chief justice K.G. Balakrishnan asked Paramount to pay the entire sum or at least a substantial part of the dues to GECAS.