New Delhi: Nokia Oyj has doubled the production of handsets at its Sriperumbudur facility in Chennai to nearly five million per month this year compared with last year, even as India replaced the US as the second largest market for the Finnish phone maker.

Speaking to reporters here on Thursday, the firm’s president and CEO Olli-Pekka Kallasvuo said Nokia will continue to increase production at the plant without physically expanding it.

Nokia’s $150 million (Rs615 crore) handset manufacturing plant at Chennai employs around 4,700 people and started production in early 2006. It has produced a total of 60 million handsets in the first 18 months of its operations. It produced only one million in the first two months and reached the 25 million mark in December. 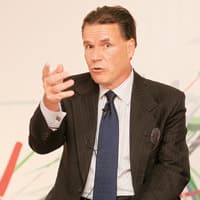 Charming Chennai: Nokia CEO Olli-Pekka Kallasvuo at the Marriott Hotel in New Delhi on Thursday said local manufacturing gives the firm the advantage of being close to a huge market

“India is a very, very good location for hardware manufacturing... I can very safely say that I don’t see any reason why the Chennai plant should not be second to none," said Kallasvuo, adding that he found the quality of the people employed at the plant to be “extremely good".

The Chennai plant is among the youngest of the 10 factories Nokia has in Mexico, Brazil, Germany, Finland, Hungary, the UK, South Korea, India and China.

Nokia has been rapidly expanding production at the Chennai plant to cope with an unprecedented demand for mobile phones in India. It may be home to only around 5.7% of the estimated 2.5 billion GSM (a mobile telephony standard) subscribers in the world, but it accounted for 31 million, or 14%, of the 225 million subscribers added around the world in the first six months of the year. In the same period, Nokia sold a total of 192 million handsets worldwide, according to market research firm Gartner Inc.

Kallasvuo said the firm exports nearly half of its Indian unit’s production, comprising low and mid-end GSM phones, to 58 countries in South-East Asia, Africa and West Asia. The firm started the plant to assemble entry-level handsets, mainly for the local market, and started exporting phones produced there only in mid-2006. Higher-end models, such as the Nseries are still not manufactured in India.

“Local manufacturing gives Nokia the advantage of being close to a huge market," said Arpita Pal Agrawal, telecom analyst with audit and consulting firm PricewaterhouseCoopers. “If you are to maintain the huge market share that Nokia currently enjoys in India, you have to have be able to meet the demands of the market very fast. Importing so many units completely assembled may also be a challenge considering India’s infrastructure?(problems),"?said?Agrawal.

Besides the 4,700 workers at the manufacturing plant, Nokia employs 4,300 more people in India, mainly at the three research?and?development?centres and its Bangalore-based design studio. It employed only around 450 three years ago, Kallasvuo said.

The Nokia CEO said he expects to maintain the firm’s dominant market share as the Indian market continues to grow at the fastest pace in the world. “We expect the Indian wireless market to double in three years, from around 185 million now," he said. According to him, Nokia phones are used by around 45% of the wireless subscribers in India, compared with 28% of the wireless users globally.

Kallasvuo held Matsushita Battery Industrial Co. Ltd responsible for Nokia’s ongoing recall of some 450 million phones because of defective batteries. He said the Japanese battery manufacturer was “responsible to us as a supplier for the quality" of the battery, but refused to give details of the cost involved in replacing the batteries.

Meanwhile, Nokia’s network equipment subsidiary Nokia Siemens Networks (NSN) has spun off its network services business, which manages networks for GSM operators such as Bharti Airtel Ltd and Vodafone Essar Ltd, into a separate business unit to be based in India. All of NSN’s managed services offerings worldwide will be controlled by the Chennai centre, the company said.