Even as a New Delhi-based think tank will formally discuss a long-awaited report on the consequences of the growing modern retailers on small shopkeepers on Monday, a parliamentary subcommittee has quietly been touring several cities to find out the ground realities. 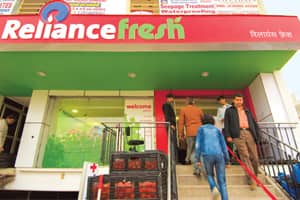 Ground realities: A parliamentary subcommittee is studying both foreign direct investment in retail as well as the impact of the emerging breed of home-grown modern retailers, such as Reliance Retail.

“A parallel study is always better...a scientific study is already being done at one level," says one member of Parliament (MP) of the subcommittee that is studying both foreign direct investment in retail as well as the impact of the emerging breed of home-grown modern retailers.

This MP didn’t want to be named since the committee hadn’t yet concluded its work. He was also referring to the survey and recommendations made by the Indian Council for Research on International Economic Relations (Icrier) that was asked by the government in early 2007 to study the impact of a growing number of modern retailers on the unorganized sectors from small shopkeepers to farmers.

“We are responding to people’s apprehensions and people’s demand and people’s grievances of the concerned parties in the retail sector, who have been complaining that they are displaced" by the advent of the flood of the branded stores, said this MP.

In the last two months, committee members have travelled to several cities in five states, including Gujarat, Tamil Nadu and Madhya Pradesh, and informally surveyed dozens of branded stores as well as about 300 small shopkeepers and pushcart vendors.

The group is now headed to Kolkata, Guwahati and Siliguri, and is expected to wrap up its 10-state study by visiting retailers in the New Delhi area next month.

The subcommittee will then submit its study to the parliamentary standing committee on commerce in a couple of months, this MP said.

In recent years, as a host of large corporations pledged billions to set up large chains of branded stores, it has created a storm among small store owners, who form the backbone of retailing in India.

These unorganized players fear that the deep-pocketed corporations will increasingly take away their customers with better stores, service and brand pull.

It was such concerns that led the government to hire Icrier in early 2007 to conduct its study.

Mint, which had reported results of Icrier’s field work, also reported on the recommendations and conclusions made by the think tank to the government ahead of Monday’s formal release of findings.

That presentation as well as the field data showed that both profits and sales at the country’s mom-and-pop stores dwindled in areas where modern retailers set foot, though Icrier has also concluded that over a few years, the impact wears off.