Mumbai: Reeling under the impact of high operational costs, primarily due to higher jet fuel prices and airport charges, the top two budget carriers , IndiGo, SpiceJet have sought government’s approval to shift their international operations to the domestic terminal from the existing T3 in Delhi.

“The Ministry has received the proposals from IndiGo and SpiceJet, requesting to allow them operate from the 1D terminal instead of the T3 on account of higher costs of operations," a senior Aviation Ministry official told PTI. 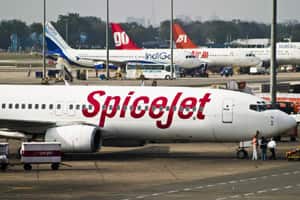 The government is, however, yet to take a call on their request, he said without divulging further details.

Fuel prices, though of late came down to the tune of 25% in dollar terms, a steeper fall in the rupee has offset the resultant benefit for the airlines.

Apart from this, the airport development fee (ADF) at the Delhi airport has skyrocketed by a massive 346% since last month after the sectoral regulator AERA allowed the airport operator’s plea in this regard.

In fact, the Delhi airport had demanded an over 800% hike in ADF.

At present, the national carrier Air India and the two full service private carriers -- Jet Airways and Kingfisher Airlines -- operate from the T3 of the Delhi airport (Indira Gandhi International Airport), while SpiceJet, IndiGo and GoAir from the old domestic terminal called 1D.

IndiGo operates eight international flights every week connecting Bangkok, Singapore, Dubai, and Kathmandu with Delhi. Chennai-based SpiceJet, which plans to launch services to Dubai from next month, currently flies to Kathmandu from the national Capital.

Meanwhile, airlines sources say the proposal, if accepted, will not only help them bring down the operational costs but also in better manpower management. “The overhead operational charges that low-cost airlines have to pay for operating from T3 are around 300% higher than same from the domestic terminal," they said. “Besides, they have to park aircraft at two places and along with that other paraphernalia such as engineering facilities and ground-handling staff, etc. Operations from one single place will also bring synergy besides reducing costs," they added.

Meanwhile, SpiceJet, which reported over four-fold rise in net loss at ₹ 249 crore in the March quarter, will be directly importing jet fuel to slash operating cost from middle of next month.