Merck prices diabetes drug at fifth of US rate

Merck prices diabetes drug at fifth of US rate

New Delhi: In a move that could force other patented drug makers to follow suit, the Indian arm of New Jersey-based Merck and Co. Inc. will sell Januvia, the first patented diabetes drug it is selling here, at almost one-fifth of its US price. 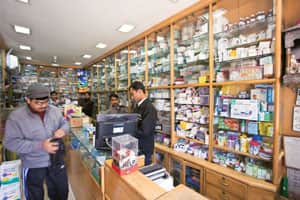 Experts said the India-specific pricing of Januvia could signal the start of “differential pricing", where manufacturers of patented drugs price their medicines lower in a country compared with others in line with the buying capacity of the patient population. These companies have often faced ire from government agencies, public health advocates and patient groups for highly priced drugs.

MSD Pharmaceuticals Pvt. Ltd, an unlisted and wholly owned subsidiary of Merck, announced on Monday the launch of sitagliptin, sold as Januvia, that keeps blood sugar levels under control in people suffering from Type II diabetes.

The drug blocks the action of an enzyme called dipeptidyl peptidase 4 that inactivates the body’s insulin-stimulating hormones. Januvia, by inhibiting its function, keeps the essential insulin flowing.

In India, the once-a-day drug will cost Rs1,284 for a month or little under $32, while the same treatment regimen costs about $150 in the US.

“We came at this price point after conducting a market survey as well as talking to patients and doctors on what price they thought was affordable," said Naveen Rao, managing director of MSD India. Rao said Januvia is the first drug Merck has differently priced in the country.

India, billed as the diabetes hot spot of the world, has over 32 million diabetics, a number that is estimated to grow to 80 million by 2030. Diabetes medicines—oral drugs constituting 80% and insulin the rest — is worth some Rs1,000 crore in India and is growing at 20% yearly.

Merck, which sells three anti-infective medicines and a pneumonia vaccine in the country, plans to launch two drugs every year and be among India’s top five drug makers by 2015, said Rao, declining further detail.