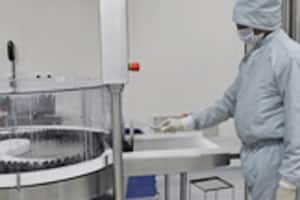 Swiss-based Roche Holding AG and local drug maker Cipla Ltd have decided to sharply cut prices for five of their high-cost oncology brands after the Indian patent office made its first compulsory licence order in March.

Bayer didn’t say if it will lower its price for Nexavar, but the market expects a cut shortly, said an industry analyst who declined to be identified.

“The company has’t taken a decision on the Indian price yet," Bayer spokesman Aloke Pradhan said on Friday, after the company filed an appeal with the Intellectual Property Appellate Board against the so-called compulsory licence granted to Natco. In 2010, about 600,000 people in the country died of cancer, according to a recent joint study by the Tata Memorial Hospital and the Centre for Global Health Research. About 70% of them were in the age group of 30-69. Among the prevalent cancers in India that lead to deaths are oral, stomach, lung and liver cancers in men, and cervical, breast and stomach cancers in women.

Mint’s C.H. Unnikrishnan says the prices of cancer drugs are falling after India allowed Natco Pharma to sell a copy of a cancer treatment drug from German firm Bayer Healthcare

But many of the modern therapies available for fighting these cancers are developed by foreign firms and are beyond the reach of a majority of people, with their prices ranging from Rs1.3 lakh to Rs3 lakh for a month’s treatment.

“The trend (of price cuts) is quite positive as poor patients’ accessibility to many cancer drugs remains a concern," said Y.K. Sapru, founder-chairman and chief executive of Cancer Patients Aid Association, an Indian healthcare group helping cancer patients with treatment and rehabilitation.

Some of the key cancer drugs under patent protection in India—erlotinib (lung cancer), sunitinib (kidney cancer), sorafenib (liver and kidney cancer), trastuzumab (breast cancer) and rituximab (blood and lymphatic cancer)—are neither subjected to price control nor market competition. These drugs are not covered under India’s drug price control order because they are new drugs. And there was largely no competition due to patent protection.

But in 2009, Cipla launched a copy of Roche’s Tarceva (erlotinib), challenging the foreign company’s patent on the drug and pricing its version at Rs46,000 for a month’s therapy. Roche’s price is Rs1.4 lakh for a month. Cipla is still fighting a patent infringement case filed by Roche in the Delhi high court.

Now, the compulsory licensing order and a fear of more competition from generic drug makers are forcing large drug makers to lower the prices for at least some cancer medicines.

Roche has decided to reintroduce its Herceptin (trastuzumab) and MabThera (rituximab) drugs in India under new names and lower prices by outsourcing their manufacturing to local drug maker Emcure Pharmaceuticals Ltd. Herceptin and MabThera are currently priced at Rs1.6 lakh and Rs2.4 lakh, respectively, for a month’s therapy.

Tuygan Goeker, Roche’ head of Middle East and Asian markets, was quoted by The Wall Street Journal in March as saying that the company hoped to avoid competition from generic drugs in the fast-growing economy. A Roche India executive confirmed this on Monday. He didn’t comment on Tarceva as the matter is in the court.

Cipla said last week it will drop the prices of its lung cancer, breast cancer and brain tumour drugs by up to 76%.

Foreign drug makers are wary of the developments following the compulsory licensing order in March. “Any such dilution to intellectual property law would affect the innovation in the industry," a spokesperson for the multinational drug makers lobby, Organisation of Pharmaceutical Producers of India, had said in response to the patent office’s order in favour of Natco.

“It’s too early to say the market will generally see a price crash. We have to wait and see the situation," said a Novartis India official who did not want to be named because he is not authorized to speak to media.

The price of imatinib was Rs1.2 lakh for a month’s treatment and it enjoyed a monopoly in the market when Novartis was granted an exclusive marketing right by the patent office, before the country reintroduced its product patent regime on pharmaceuticals. Copies of the medicine sold by local drug makers, including Natco, Cipla, Sun Pharmaceutical Industries Ltd and Ranbaxy Laboratories Ltd, are available at Rs9,000-11,000 for a month’s therapy.

“It (Glivec) has about 15,000 patients, almost half of India’s total myeloid leukaemia patient population under patient access programme, where the drug is supplied almost free of cost," Novartis India spokesperson said.