Chennai: Ajoint venture of BGR Energy Systems Ltd and Hitachi Power Europe GmbH has emerged as the lowest bidder for the supply of supercritical boilers to state-run NTPC Ltd. 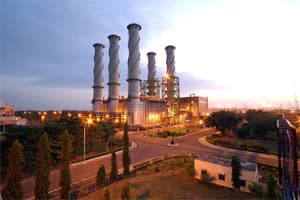 To mitigate a shortfall in coal, India plans to set up a bulk of its power generation capacity using supercritical and advanced ultra-supercritical equipment, which are more efficient.

While the BGR-Hitachi joint venture will supply seven units, state-run Bharat Heavy Electricals Ltd (Bhel), the second-lowest bidder, will get the contract for the supply of four units. A joint venture of Larsen and Toubro Ltd (L&T) and Mitsubishi Heavy Industries Ltd was the third-lowest bidder.

BGR, in a filing with BSE on Wednesday, put the value of the contract at ₹ 6,500 crore. “We are expecting the award to happen shortly," said T. Sankaralingam, managing director, BGR Energy.

A joint venture of Bharat Forge Ltd and Alstom SA has already emerged as the successful bidder eligible for five turbine units. Bhel and Toshiba JSW Turbine and Generator Pvt. Ltd are to get two units each for NTPC’s projects.

“Subsequent to the landmark judgement by the Supreme Court in favour of NTPC on 16 February, NTPC has now taken the price bid from qualified SG (steam generator) bidders which were opened today. The lowest bidder as quoted is BGR, L2 is Bhel and L3 is L&T Power. After the bids are evaluated the orders will be placed to two lowest bidders...," NTPC said in a release.

The bid process was restarted after the Supreme Court ruled that Ansaldo Caldaie Boilers India Pvt. Ltd, a unit of Italian boiler maker Ansaldo Caldaie SpA, had failed to technically qualify for the bidding process. Bidding for supercritical boilers was stalled by Ansaldo Caldaie Boilers India’s petition to the Delhi high court in 2011 after NTPC disqualified it on technical grounds. The high court had directed NTPC not to open the commercial bids until it decided on the matter, and finally ruled in Ansaldo’s favour. NTPC appealed the decision in the Supreme Court.

NTPC, which had failed to award contracts for power equipment since 2009 because of land and legal issues, started the process this year by placing orders worth ₹ 6,000 crore with Doosan Heavy Industries and Construction Co. Ltd and Toshiba JSW for its 2,400MW Kudgi project in Karnataka.

NTPC has projects totalling 14,088MW under construction. Equipment for 16,192MW is still under the tendering process, while it plans to award orders for equipment meant to generate 40,000MW during the 12th Plan period (2012-17) for about ₹ 2 trillion.