Bangalore/New Delhi: Property firms whose projects are stuck because of a credit crunch in the economy are being offered a lifeline by real estate funds smelling an opportunity to make money by investing in developments that are “in distress".

With countless real estate projects running late or stalled midway, these funds—both private equity and venture capital—are willing to provide “execution" or “mid-flight capital" to help developers ride out the liquidity crisis. For a steep price. 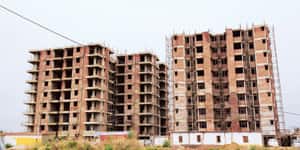 High expectations: Unlike banks, which ask for a return of 15-18%, funds expect a return of at least 30% from realty projects. Ramesh Pathania / Mint

Many residential projects across the country have been delayed over the past year by lack of project financing. Banks cut lending to property developers after the Reserve Bank of India raised the risk weightage on real estate loans. In the last one-and-a-half months, credit from banks has completely dried up, said Pradeep Jain, chairman of Parsvnath Developers Ltd.

A slump in property sales has meant that customer advances used by developers to finance construction have also dried up.

Indiareit’s focus will be on projects in so-called tier I, or larger cities and metros, said Jogani. “There is not enough capital in the market and with most developers suffering from liquidity problems, our priority will clearly be (towards tier I cities)."

Jogani added that funds charge more to invest in such projects because they are also shouldering the risk with a developer. So if banks ask for a 15-18% return, a fund expects a return of at least 30%.

The focus of realty funds has now moved from early stage of funding to offering execution capital, said Subhash Bedi of Red Fort Capital Advisors Pvt. Ltd. “The aim is to build a project quickly and sell, not to invest in land any more, which is why our focus has also shifted towards the completion of a project," he said. “Most funds will be doing the same because it’s the need of the hour."

Bedi admits that such funds will be far more expensive than banks, but developers don’t have much choice.

“We are looking at similar investments in projects that are stuck," said an executive with a domestic real estate fund who did not wish himself or his fund to be identified. Funds are not interested in investing in new projects where you need to acquire land, and the ones in new locations. The land bank story is over."

Developers are not yet willing to meet the return expectations of as much as 35-40% for investment in stalled projects, the same executive said. “Developers will wait and only if there is pain will they agree to such terms," he said.

Realty funds are also trying out various project formats to figure out what works best for them. “Land projects are a better option than selling villas because the former gives the buyer the right to move in later. We have seen robust sales in such formats even in these times," said Indiareit’s Jogani. Bedi, however, said the demand is in affordable and mid-segment housing.

Nitin Khandkar, senior vice-president (research) of Keynote Capitals Ltd, said private equity funds are playing the game according to the need of the situation. “Two years back, the focus was on luxury apartments and everyone went for that. Now when developers are in need, the funds have switched focus (to land and affordable housing projects)."

Not many builders would approach such funds now, said Manoj Namburu, chairman of Bangalore-based Alliance Group. “The (cost of funds) is steep and developers with some cash flow would stay away from them. Only developers who have diverted their cash towards buying land would be the ones in need."